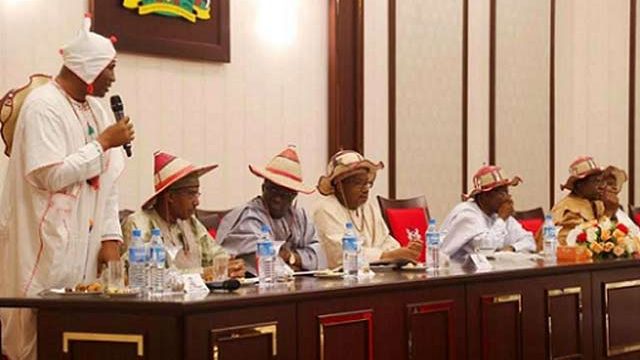 In similar vein, the Southern Kaduna Peoples Union (SOKAPU) has called on the police to investigate the alleged killing of 10 Southern Kaduna indigenes at Gora Dan and bring the perpetrators to book.

Zango alleged that the victim was shot dead while grazing his cattle in the area.He, however, commended Operation Safe Haven (OPSH), the special military task force set up to enforce peace in the area, for promptly evacuating the remains of the victim and arresting the suspects.

“We write to sadly report the unfortunate, unprovoked and senseless killing of an innocent pastoralist, Ado Hassan Fada, 22, by suspected Atytap criminals.

“Information available to us disclosed that some Kataf militia came in large number in search of herders. Unfortunately, they met the deceased grazing his cows. They shot at him and he died instantly,” MACBAN alleged.

Zango also claimed that the Kataf militia, on New Year Day, poisoned some cattle belonging to Fada at Magamiya Village.

“The Kataf militia poisoned some oranges and keep them where the cattle are grazing. Immediately a cow eats the orange and drinks water, the poison kills it instantly,” he stated. “We appeal to security agencies in the area to fish out the killers and prosecute them.”

MEANWHILE, SOKAPU’s spokesman, Luka Binniyat, said that the union was not aware of the attack and killing of any Fulani pastoralist.

But he urged the police to investigate the recent killing of 10 Southern Kaduna youths and burning of several houses by gunmen suspected to be Fulani herders.

Binniyat said: “We have not been officially informed of the attack and killing of the Fulani youth. If that is true, it is sad. We don’t encourage violence.”

“But the police should investigate the killing of 10 people at Gora Dan. All lives matter. In as much that we want the police to investigate the allegation of the Fulani, we also want them to carry out thorough investigation on those who invaded Gora Dan, killed our people and set houses ablaze. The perpetrators should be brought to book.”