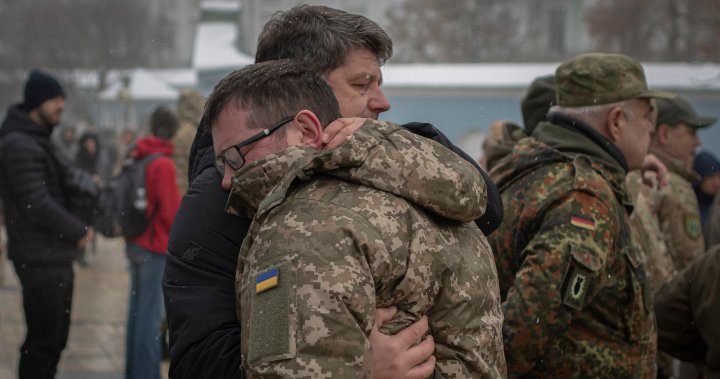 A top adviser to Ukraine’s president has cited military chiefs as saying 10,000 to 13,000 Ukrainian soldiers have been killed in the country’s nine-month struggle against Russia’s invasion, a rare comment on such figures and far below estimates of Ukrainian casualties from Western leaders.

Russian forces kept up rocket attacks on infrastructure and airstrikes against Ukrainian troop positions along the contact line, the Ukrainian general staff said Friday, adding that Moscow’s military push has focused on a dozen towns including Bakhmut and Avdiivka — key targets for Russia in the embattled east.

The Ukrainian military has not confirmed such figures and it was a rare instance of a Ukrainian official providing such a count. The last dates back to late August, when the head of the armed forces said that nearly 9,000 military personnel had been killed. In June, Podolyak said that up to 200 soldiers were dying each day, in some of the most intense fighting and bloodshed this year.

On Wednesday, Ursula von der Leyen, the president of the European Union’s executive Commission, said 100,000 Ukrainian troops had been killed before her office corrected her comments — calling them inaccurate and saying that the figure referred to both killed and injured.

Last month, Gen. Mark Milley, the chairman of the U.S. Joint Chiefs of Staff, said that as many as 40,000 Ukrainian civilians and “well over” 100,000 Russian soldiers have been killed or wounded in the war so far. He added that it was the “same thing probably on the Ukrainian side.”

The UN human rights office, in its latest weekly update published Monday, said it had recorded 6,655 civilians killed and 10,368 injured, but has acknowledged that its tally includes only casualties that it has confirmed and likely far understates the actual toll.

1:28
‘We work with all our allies,’ says Trudeau on any potential redlines of Canadian weapons use in Ukraine


The Ukrainian president’s office reported on Friday that at least three civilians were killed and 16 wounded in Ukraine in the past 24 hours. Kyrylo Tymoshenko, the office’s deputy head, said on Telegram that Russian forces had attacked nine regions in the southeast of Ukraine using heavy artillery, rockets and aircraft.

Ukrainians have been bracing for freezing winter temperatures as Russia’s campaign has recently hit infrastructure including power plants and electrical transformers, leaving many without heat, water and electricity.

Ukraine has faced a blistering onslaught of Russian artillery fire and drone attacks since early October. The shelling has been especially intense in southern Kherson since Russian forces withdrew and Ukraine’s army reclaimed the southern city almost three weeks ago.

Kherson’s regional governor said Friday that three people were killed and seven injured in shelling on Thursday. The Russian army hit residential areas of the city of Kherson, part of which remained without electricity after power was knocked out by Russian strikes Thursday.

In the eastern Donetsk region, Ukrainian governor Pavlo Kyrylenko said Russian shelling has intensified significantly. The Russian army is seeking to encircle the key town of Bakhmut by capturing several surrounding villages and cutting off an important road.

Several Ukrainian embassies abroad have received “bloody packages” containing animal eyes, the foreign ministry said on Friday, after a series of letter bombs were sent to addresses in Spain including Ukraine’s embassy in Madrid.

The packages, soaked in a liquid with a distinctive color and smell, were sent to embassies in Hungary, the Netherlands, Poland, Croatia and Italy, to general consulates in Naples and Krakow, and the consulate in Brno, spokesperson Oleg Nikolenko said.

“We are studying the meaning of this message,” Nikolenko wrote in a statement on Facebook, adding that Foreign Minister Dmytro Kuleba has ordered all the embassies and consulates concerned to be placed under heightened security.


Six letter bombs have been sent this week to targets in Spain, including Prime Minister Pedro Sanchez and the U.S. Embassy to Madrid, prompting Spain to step up security.

Nikolenko said the entrance to the flat of the ambassador to the Vatican had been vandalized. An embassy source in Rome said human feces were left in front of the door.

Nikolenko also said that the embassy in Kazakhstan had received a bomb threat, which was subsequently not confirmed.

The embassy in the United States received a letter containing an article that was critical about Ukraine, he said. The letter, like most of the others, originated from one European country, he said, without giving details.

— with files from Reuters