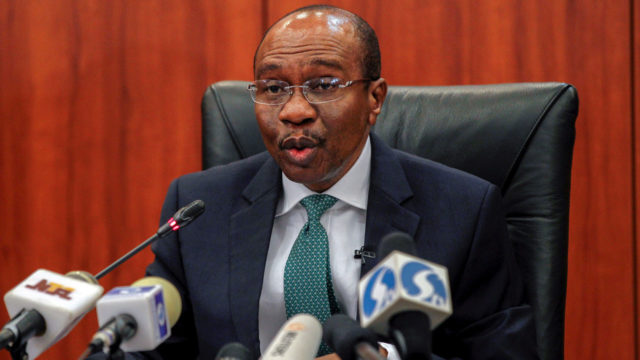 The current restrictive monetary space may have exposed Nigerian banks to tight trade-off in channeling their cash holdings and signalled a regime of weaker lending growth and asset quality.

In a review of the recent monetary policy rate (MPR) hike, S&P Global Ratings, a global credit rating, believes the excessive tightening has imposed hard choices on banks, as they seek quality assets to invest in their deposit liabilities.

The increasing cost of borrowing could effectively lead to under-trading, which will be worsened by highly liquid balance sheets coupled with an imposed high cost of deposits.

These could compel the banks to be more aggressive in the debt market, S & P notes. But it is concerned that bond yields (with 10-year bond yields averaging 13 per cent) are low.

The yields, on their face values, are considered high. But S & P assessment draws from juxtaposition with the interest rate, which is currently 20.5 per cent. The elevated inflation rate pushes the real or effective bond yield at -7.5 per cent on average.

Recall that the Monetary Policy Committee (MPC) had last week raised the MPR by 150 basis points to 15.5 per cent. It has, on a cumulative basis, increased the benchmark rate, which determines the cost of commercial credits, by 400 basis points since it commenced the current aggressive tightening.

“The increase in the MPR and intervention funds rate suggests that the CBN has not closed the taps entirely, since banks should still be able to extend credit to priority sectors such as agriculture. That said, credit leverage in the economy remains low, with total private-sector loans representing only about 13 per cent of GDP, despite loan growth averaging close to 20 per cent over the past two years.

“Nevertheless, in our view, limited financial intermediation somewhat constrains the central bank’s ability to curb inflation using the MPR. Further rate hikes are possible, given the gap between inflation and the MPR, and will put pressure on banks’ loan portfolios as they pass the full rate increase to retail customers,” S & P observed.

But the banks face the Herculean task of converting expensive deposits – expensive as the lenders are compelled to pay a minimum of 30 per cent of MPR as interest on deposits – to productive assets to cover the soaring cost of operations.

The institution warned that an additional increase of CRR “beyond the current discretionary debits” will likely lead to a freeze in lending in the short-term and squeeze net interest margins of the banks.

“In their attempt to adapt to the CBN’s sharp liquidity tightening, banks have been purchasing government securities, but yields are low. The 10-year yield on Nigerian government bonds has averaged about 13 per cent, well below inflation. Rising production costs for the corporate sector, due to high energy prices and tensions in the food-producing middle belt will likely keep inflation in double digits through 202…”

“We expect banks’ earnings will fall as nonperforming loans (NPLs) increase and net interest margins decline. We expect the banking sector’s NPL ratio will deteriorate to 5.5 per cent,” the report said.