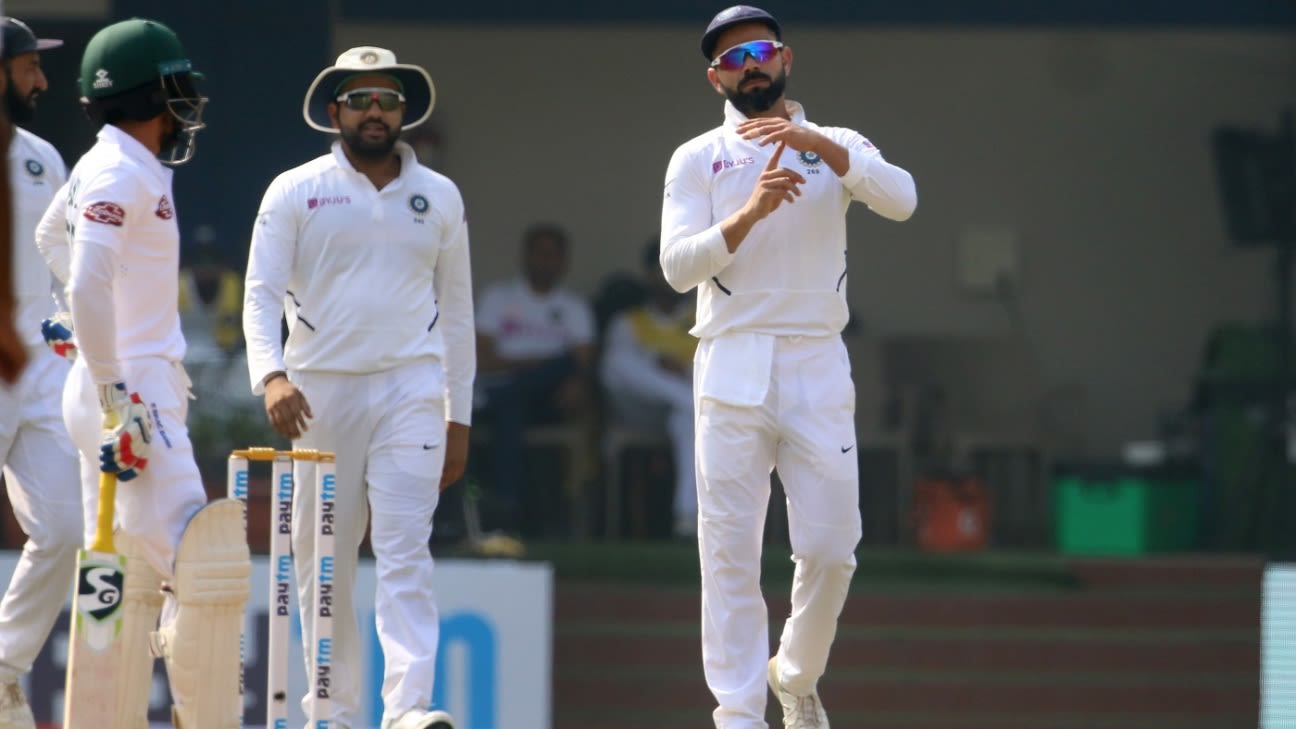 The MCC’s World Cricket Committee will send the ICC a mixed bag of opinions on the ongoing debate about the umpire’s call aspect of the DRS, which was in the spotlight once again after Joe Root was not given out on review off an Axar Patel delivery during the second India-England Test in Chennai last week. In the first meeting of the MCC Committee – made up of former international captains, match officials and coaches – this year, some members thought the umpire’s call was “confusing to the watching public”. Others, however, said they were satisfied with it and these opinions will now be passed on to the ICC’s Cricket Committee for further discussion.

The committee also deliberated imposing a permanent ban on rubbing saliva on the ball in the virtual meeting, a safety measure introduced into the game as a consequence of the Covid-19 pandemic.

There remain a range of opinions on the umpire’s call within the committee and in and around the game. That much was evident when Root was adjudged not out. On the fourth and final day of the Test, Root survived a close lbw decision against Patel. On-field umpire Nitin Menon, who is on the ICC’s Elite Panel, ruled the impact was not in line. Hawkeye validated the umpire’s call, but India remained far from convinced.

India’s dissatisfaction is not an isolated stance, mirrored by members of the MCC Cricket Committee. “The committee debated the use of ‘Umpire’s Call’ for LBW decisions made via the Decision Review System, which some members felt was confusing to the watching public, particularly when the same ball could either be Out or Not out depending on the on-field umpire’s original decision,” the MCC said in a media release on Monday. “They felt it would be simpler if the original decision was disregarded on review, and that there was a simple Out or Not out, with no Umpire’s Call.”

What is the umpire’s call?
The protocols around the umpire’s call have undergone several tweaks, and currently allow for teams to not lose their reviews in case of an umpire’s call, though they are no longer able to top up their reviews after 80 overs in Test cricket. Currently, under the interim playing conditions during the pandemic, teams are allowed three reviews per innings.

Those members of the committee who argued for change “felt it would be simpler if the original decision was disregarded on review, and that there was a simple Out or Not out, with no Umpire’s Call,” the release said. “The ‘hitting zone’ of the stumps would still be retained, which had to be hit by at least 50% of the ball for an Out decision. If such a protocol was introduced, they felt it should also include a reduction to one unsuccessful review per team, or for the relevant review to be lost irrespective of its outcome.

Other members of MCC’s cricket committee) were “satisfied” with the umpire’s call, feeling it was important to retain the human element of the on-field umpire’s decision, which takes into account the ‘benefit of the doubt’ that has existed in umpires’ decisions for many years. They felt that supporters did understand the concept of ‘Umpire’s Call’.”

The MCC said it would “share the various opinions” with the ICC Cricket Committee. The MCC Cricket Committee once again reiterated that the ICC should take complete ownership of the DRS system, which currently is paid for by the host country.

Another recommendation was for the on-field umpires to make an “unsighted” signal while making a decision on inconclusive catches in the outfield, “The committee felt that the soft-signal system worked well for catches within the 30-yard fielding circle, but that catches near the boundary often left the umpires unsighted. It was proposed that, for such catches, the on-field umpires could give an ‘unsighted’ instruction to the TV umpire, rather than the more explicit soft-signal of Out or Not out.

Permanent ban on use of saliva on the ball
The MCC cricket committee also discussed whether to make the interim ban on using saliva to shine the ball a permanent one. The measure has been in place since last year, after the ICC’s medical advisory board recommended it due to the “elevated risk” it posed in transmitting Covid-19.

Consequently, the ICC approved the Cricket Committee’s recommendation of using only sweat to polish the ball, a move that that the fast bowling fraternity accepted grudgingly. Now, some of the members of the MCC’s Cricket Committee want to make it a permanent change.

“The committee debated prohibiting the use of saliva on the ball on a permanent basis and whilst there was a significant level of support for such a recommendation, some members felt that eliminating the use of saliva on a permanent basis is premature, and that it may be possible to allow its use once again in a post-Covid world,” the MCC release said.

The MCC has said it would consult “current” players on the no-saliva ruling before making a Law at a “later stage”.

“Such a Law change would have the dual benefit of being more hygienic whilst also eliminating the grey area of players using sweets and chewing gum to make their saliva more sugary.”