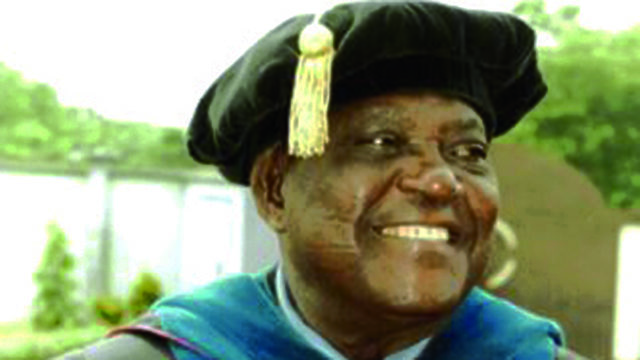 Former President Olusegun Obasanjo yesterday, described the late Rev. S.T Ola Akande, former General Secretary of the Nigerian Baptist Convention (NBC), as a courageous and fearless preacher who never shy away from confronting any ill in government and in the society.

Obasanjo stated this during the funeral service of the deceased, held at the Oritamefa Baptism Church, Ibadan, Oyo State.

The former President said the late Baptist pastor preached against cults and secret societies. He recalled how the deceased, as his home Pastor at Owu Baptist Church, Abeokuta and Ebenezer Baptist Church, Lagos, between 1966 and 1969, became a friend and pastor he held in high esteem.

He reminded the congregation on the involvement of the deceased in the political life of Nigeria, saying that Akande was a member of the Electoral Commission in 1965 that refused to be compromised.

The Vice-President, Yemi Osinbajo, represented by Pastor Seyi Malomo, said Akande was an exemplary preacher whose selflessness and broad-mindedness should be emulated by all Christians.

President, Christian Association of Nigeria (CAN), Dr. Samson Ayokunle, described Akande as a man of many parts, a gifted, courageous and fearless preacher, “an astute and tireless pastor. A forthright theologian, an able, accomplished administrator, a committed and uncompromising leader, and unwavering Christian gentleman.”

Ayokunle who doubles as the President of the NBC, said Akande served the Baptist communities in Nigeria from 1952, when he answered the call into the ministry, to his retirement from the office of the General Secretary of the NBC in 1991.

In his sermon; titled: Celebrating God’s Extraordinary Grace, the CAN chairman, North Central, Rev Israel Akanji, submitted that Akande was a product of God’s extraordinary grace, saying the grace the deceased received during his life time was not without effect.

According to Akanji, the effect of God’s extraordinary grace upon the deceased were courage of Caleb, leadership of Moses, faith of Abraham, boldness/excellent spirit of Daniel, the wisdom of Solomon, vision of Joseph, among others.