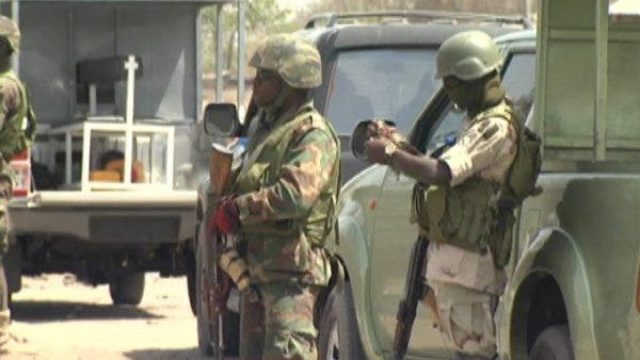 The protest by workers of the 17 councils of Plateau State, which started a month ago, took a violent dimension yesterday when Operation Safe Haven (OPSH) Special Force (SF) dispersed the women with tear-gas, leaving some with injuries.

The protesters, who are mostly women with the support of few men, were in black attires.

As at 8a.m. yesterday, the protesters gathered at the Freedom Square, in front of the G.D. Gomwalk state secretariat, to register their grievances.

Spokesperson of the 17 protesting councils, Hanatu Samchi, told The Guardian that, for the past nine years, they had been living on N9,000 minimum wage, whereas the Federal Government approved N30,000 for all civil servants across the federation.

Hanatu noted that they started the peaceful protest 30 days ago, stressing that it was yesterday that they encountered security personnel sent by the state government to disperse them.

“We are civil servants of this nation. We have not insulted anybody. We too are ready to control the situation, so that there will be no clash. But they (the security) are now forcing us to do the contrary. They should know that N30,000 has been signed into law as the new minimum wage. But Plateau State council workers have not been captured. This is cheating and an open day robbery,” she lamented.

Earlier, the Deputy Commander of OPSH, DCP Emma Ado, had sympathised with the protesters. “Whenever they are tired, they will disperse by themselves,” he added.

But, some policemen came from behind and started throwing tear gas canisters.

The Police Public Relations Officer (PPRO), ASP Gabriel Ogaba, could not be reached at press time.