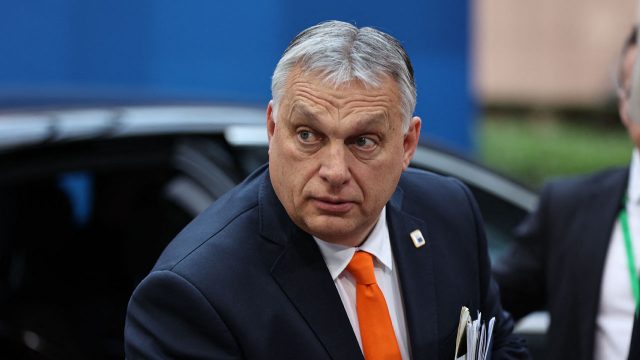 Orban, who has sought close ties with Russian President Vladimir Putin in recent years, has frequently railed against the sanctions, saying they are hurting Europe more than Russia.

Magyar Nemzet reported that Orban urged members of his Fidesz party at a closed-door gathering late Wednesday to get the sanctions lifted.

“According to our information… Orban called on the members of the Fidesz faction to do their utmost to ensure that Europe lifts these sanctions by the end of the year at the latest,” the daily said.

The government said it confirmed the content of the article.

It comes as Brussels looks to impose further sanctions on Russia.

EU foreign ministers held an emergency meeting Wednesday to discuss the issue after Moscow mobilised reservists for its war in Ukraine.

A final decision needs to be made at a formal session.

“Europe is suffering more from the restrictions imposed in response to the war in Ukraine than Russia, and therefore the eighth package of sanctions should be forgotten,” he said at the UN General Assembly in New York earlier this week.

Hungary has been hit by record-high inflation. The country is highly dependent on Russian oil and gas, and there are fears for its energy supplies.

Budapest has already secured an exemption from EU sanctions on Russian crude oil imports via pipelines.

It has also bought additional quantities of the Russian gas since the start of the war in February.