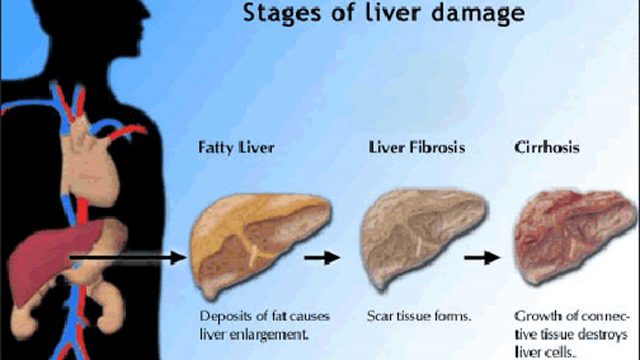 Experts have raised the alarm on rising cases of hepatitis B virus (HBV) and hepatitis C virus (HCV) in Nigeria, with 8.1 per cent and 1.1 per cent prevalence respectively, making it one of the highest impacted countries by hepatitis on the continent with an estimated 19 million people living with the disease.

The experts during an online media roundtable, with healthcare professionals across sub-Saharan Africa, to discuss the prevalence and impact of hepatitis B (HBV) and hepatitis C (HCV) in the continent, last week, said the increasing cases and related deaths due to the disease is because it is not well funded and as a result, there is a lack of education and public health programmes supporting elimination efforts.

The experts also said over 70 million Africans are living with chronic and viral hepatitis B and C, resulting in the disease being widely regarded as Africa’s silent killer.

Abbott, one of the global healthcare leaders, hosted the media roundtable, with healthcare professionals.

Also, the World Health Organisation (WHO), last week, said at least 169 cases of acute hepatitis in children aged one month to 16 years old have been identified in an outbreak that now involves 11 countries.

The WHO, in a news release, said among the cases of acute hepatitis, at least one child has died and 17 children have required liver transplants.

“It is not yet clear if there has been an increase in hepatitis cases, or an increase in awareness of hepatitis cases that occur at the expected rate but go undetected. While adenovirus is a possible hypothesis, investigations are ongoing for the causative agent,” the WHO said in a statement.

The clinical syndrome “among identified cases is acute hepatitis (liver inflammation) with markedly elevated liver enzymes,” the release said. Many cases reported gastrointestinal symptoms such as abdominal pain, diarrhoea and vomiting “preceding presentation with severe acute hepatitis,” as well as increased levels of liver enzymes or alanine amino-transaminase and jaundice.

Most reported cases did not have a fever, the WHO said, and the common viruses that cause acute viral hepatitis — such as hepatitis viruses A, B, C, D and E — have not been detected in any of these cases.

Hepatitis B and C are viral infections that primarily affect the liver. They are known as silent killers because the diseases develop slowly over many years and most patients do not have symptoms. Hepatitis B is preventable via a vaccine but there is no vaccine for hepatitis C, although treatments today are very effective.

Head of the Division of Hepatology at the University of Cape Town and Groote Schuur Hospital, Prof. Wendy Spearman, said: “The burden of disease due to viral hepatitis and its complications of cirrhosis and hepatocellular carcinoma is underestimated. Hepatitis B is vaccine preventable, and Hepatitis C is now curable.

“We need political will to recognise viral hepatitis as a health priority and to set national elimination targets with dedicated funding to implement national viral hepatitis action plans. Importantly there must be universal access to affordable diagnostics and therapeutics.”

The WHO has provided a roadmap for the elimination of viral hepatitis B and C as a public health problem by 2030 – which includes a 90 per cent reduction in incidence and a 65 per cent reduction in mortality by 2030, compared with a 2015 baseline. Testing and diagnosis provides an opportunity for interventions that include early treatment, reduced transmission and counselling on risk behaviors.

Medical Director for Abbott’s rapid diagnostic business in Africa, Dr. Kuku Appiah, said: “Early screening followed by adequate treatment is paramount for better health outcomes for patients and more effort must be deployed in that regard.

“At Abbott, we have been partnering with governments and leading hepatitis programs across Africa to support surveillance programs and provide reliable and affordable rapid diagnostic solutions to help governments meet their health targets for hepatitis, among other diseases.”

Throughout Africa, the prevalence and impact of hepatitis varies significantly as well as the public health programs available to support screening and treatment.

According to figures shared at the Abbot roundtable, in South Africa, hepatitis affects four million people. There is a prevalence of HBV ranging from one per cent in urban areas to 10 per cent in rural areas. HCV, in contrast, is more prevalent among people who inject drugs due to unsanitary needle sharing and other forms of transmissions. The biggest barrier on the route to eliminating HBV and HCV remains the lack of awareness by both patients and healthcare workers.

The WHO said the investigation into the cause needs to focus on factors such as “increased susceptibility amongst young children following a lower level of circulation of adenovirus during the COVID-19 pandemic, the potential emergence of a novel adenovirus, as well as Severe Acute Respiratory Syndrome Coronavirus type 2 (SARS-CoV-2) co-infection.”

According to the WHO, the majority of the cases -114- have been reported in the United Kingdom. There have been 13 cases in Spain, 12 in Israel, nine in the United States and a smaller number of cases confirmed in Denmark, Ireland, the Netherlands, Italy, Norway, France, Romania and Belgium.

The United States (US) Centres for Disease Control and Prevention (CDC) issued a health advisory, which alerted health care providers and public health authorities of an investigation into acute cases of hepatitis with unknown causes.

The CDC recommended providers consider adenovirus testing in children with hepatitis when the cause is unknown, adding that testing the blood in whole- not just blood plasma- may be more sensitive.