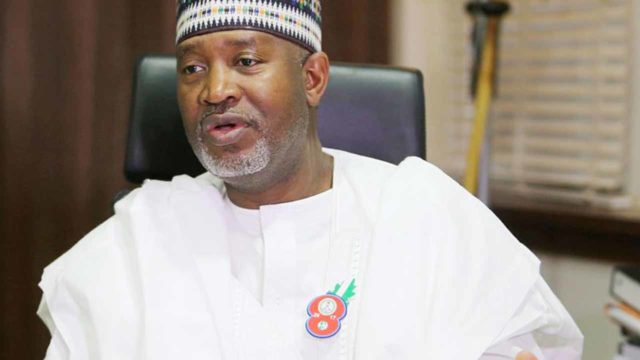 •As ministry distance itself from third-party recruitment

The ministry issued the caveat emptor after receiving over 20,000 applications for various categories of positions that have neither been created nor advertised.

The push for the new airline recently gained traction following the announcement of partners and public advertisement for Boeing 737 pilots.

Minister of Aviation, Hadi Sirika, had earlier announced that the Federal Executive Council (FEC) has approved the new national carrier. Sirika said the public-private partnership (PPP) model shall allocate only a five per cent stake to the government, 46 per cent equity share to Nigerian investors and 49 to foreign partners.

He said the airline would surpass the Federal Government in job creation, employing about 70,000 Nigerians. The airline will also serve multiple international routes and the Single African Air Transport Market Agenda (SAATM) of the African Union.

Special Assistant to the Minister, James Odaudu, said the attention of the Management of Nigeria Air Limited had been drawn to some recruitment advertisements and announcements by certain “unscrupulous elements” claiming to be agents or staff of the long-awaited carrier.

Odaudu said the agents had created a host of fake websites and links supposedly for the submission of applications by unsuspecting members of the public.

He said: “We wish to inform the general public, especially those who have applied for the earlier officially advertised positions that no recruitment interviews or tests have been scheduled. All such announcements or invitations for such should be disregarded as they are the handiwork of fraudsters and scammers.

“For the avoidance of doubt, the official website is www.nigeriaair.world, and only those pre-qualified as meeting the B737 requirements will be contacted by the management of Nigeria Air Limited individually, and certainly not by public announcements.”

He added that all those concerned are advised to ignore such announcements or invitations, as responding to, or dealing with them in any way, would be at their own risk.

“Management appreciates the unprecedented level of interest shown by Nigerians in the airline, which has resulted in the receipt of over 20,000 applications for positions in the organisation so far, and wishes to state that the recruitment process for other positions will begin in due course,” Odaudu said.

Stakeholders have been wary of the 70,000 workforces that were planned for the start-up airline.

Chairman of West Link Airline, Captain Ibrahim Mshelia, reckoned that some of the projections of the national carrier are not feasible.

Mshelia noted that some large airlines like Lufthansa and KLM have a large workforce in excess of 100, 000 employees. But he noted that the same could not be said of other airlines “on our level” like Kenya Airways which has 5000 or Etihad which has about 14,000.

“How on earth will an airline that is a dream away or a mirage employ 70,000 people? There has to be transparency in the whole exercise,” he said.