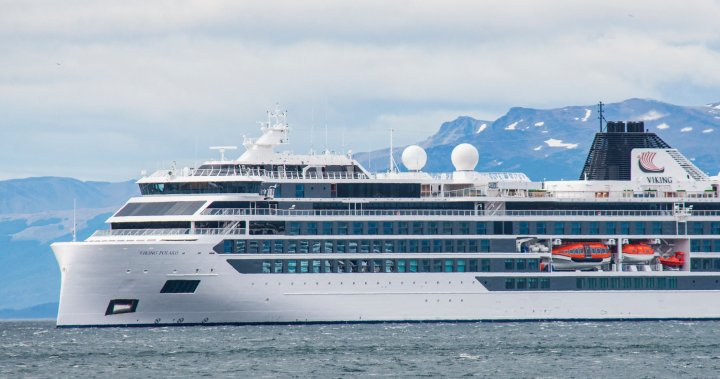 A U.S. woman was killed and four other passengers injured when a massive wave struck the Viking Polaris cruise ship while it was sailing toward the port of Ushuaia in southern Argentina on an Antarctic cruise, authorities said.

The 62-year-old woman was hit by broken glass when the wave broke cabin windows late Tuesday during a storm, Argentine authorities said. The ship suffered limited damage and arrived in Ushuaia, 1,926 miles (3100 kilometres) south of Buenos Aires, the next day.

“It is with great sadness that we confirmed a guest passed away following the incident,” Viking said in statement. “We have notified the guest’s family and shared our deepest sympathies.”

Neither the statement nor the Argentine Naval Prefecture identified the woman or her hometown.


Viking called it a “rogue wave incident” and said the four other passengers’ injuries were non-life threatening.

The cruise ship was anchored near Ushuaia, where a federal court has opened a case to determine what happened.

Suzie Gooding, an American woman on-board the cruise, told North Carolina news station WRAL that they felt the impact of the massive wave on the ship.

“We wondered if we hit an iceberg,” she said. “And there are no icebergs out here, but that’s how it felt.”

How long can you live on $100 in New York City? One TikToker has made it nearly a month

“We have made the difficult decision to cancel the ship’s next scheduled departure,” said Viking in a statement, adding that “all impacted guests and their travel advisors have been notified directly by Viking Customer Relations.”

“Our focus remains on the safety and wellbeing of our guests and crew,” it continued. “We are working directly with them to arrange return travel.”

The company indicated on its website that to explore remote regions of the world they have “two purpose-built, state-of-the-art small expedition-class ships: Viking Octantis and Viking Polaris.”

The Viking Polaris, a vessel that has luxury facilities and was built in 2022, has capacity for 378 passengers and 256 crew members.