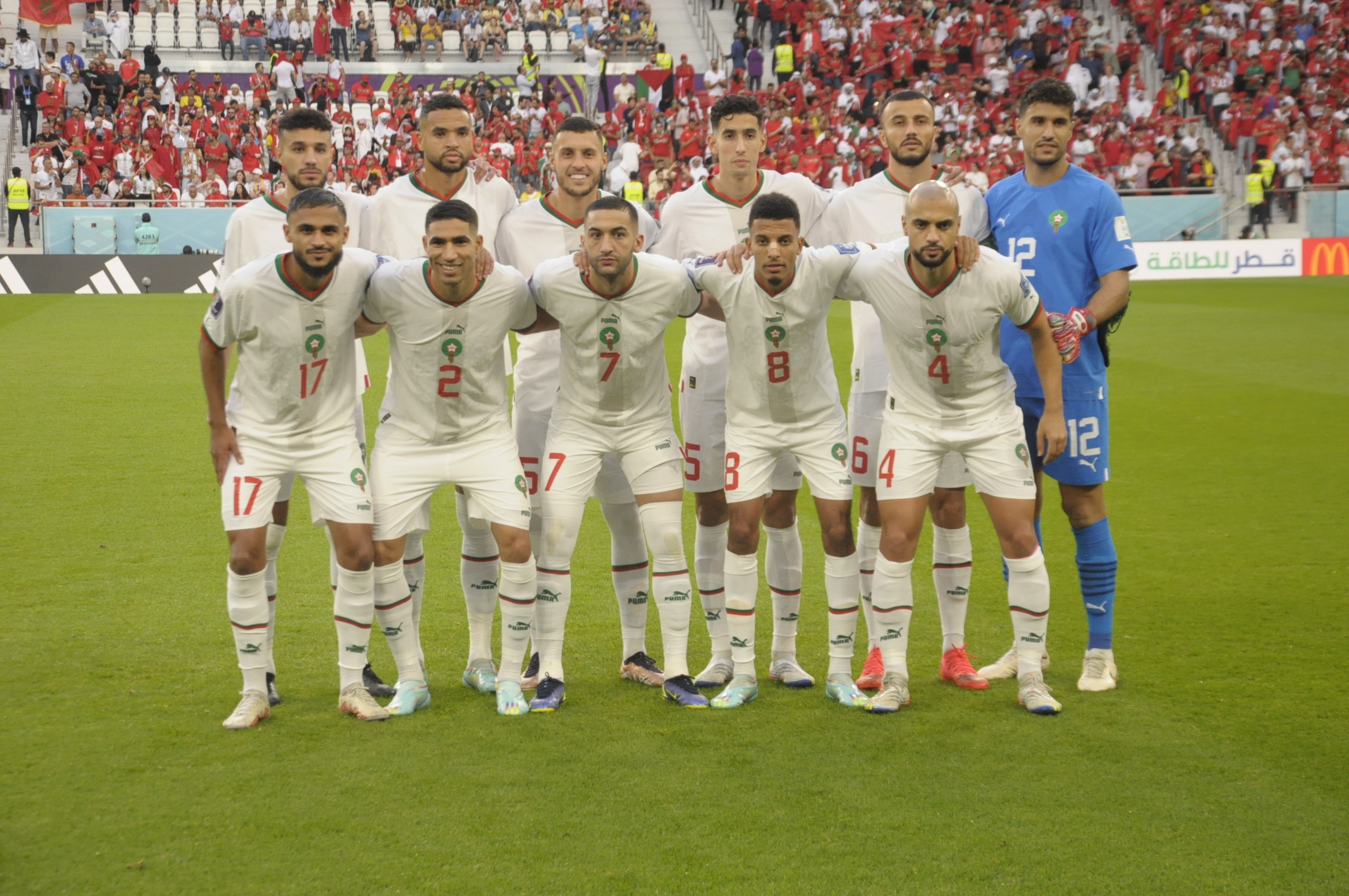 Spain and Morocco share a border at Cueta. On Tuesday at the Education City Stadium in Doha, there will be some Moroccan players who were born in Spain like reserve goalkeeper Munir Mohamedi and defender Achraf Hakimi. Such players to gain entry into the FIFA World Cup history books.

The Atlas Lions’ squad comprises many players born outside Morocco. Many were born in Belgium, the Netherlands, Spain, and France. Thus, they play a Europeanised style of football – very tactical and technically astute, which could help them get a famous victory over their neighbours.

Spain boasts one of the best teams in Qatar and despite the negative press about not having a potent No.9, Alvaro Morata has stepped off the bench to score in their three group games. Though their goals scored column reads nine goals, they scored seven against Costa Rica and just one each in the game against Germany and in the 2-1 loss to Japan.

The last time these two countries met, at the 2018 World Cup, Spain needed a 90th-minute equaliser from Iago Aspas to etch a 2-2 result. Morocco will believe they have the players to get another famous result after their deserved 2-0 win over Belgium. And, with confidence coursing through, the squad will believe they are well-placed to shock Spain.

Achraf Hakimi has not made many last-third entries in Qatar, though he is a potent offensive weapon for the Atlas Lions, while Olmo has been a tricky customer, who scored Spain’s first goal at this World Cup. Hakimi provided an assist, even though it was from within the Moroccan half, against Canada and Coach Walid Regragui should have devised a way for the PSG defender to get more involved in his team’s attacks while instructing Azzedine Ounahi to keep a latch on Olmo.

One of Morocco’s standout players in Qatar has been Sofyan Amrabat, and he has been dribbled past only twice with about 80 per cent tackling success against Croatia, Belgium, and Canada. In their opening match against Costa Rica, Gavi completed 67 of 74 attempted passes and scored his first World Cup goal. Gavi and Pedri are the passing metronomes of this Spain team and if they are allowed space and time will dictate and deny Morocco the ball. This means Morocco’s success will hinge on disrupting this flow, which is where Amrabat’s energy and aggression will be required.

Hakim Ziyech has shown that when he is on his game, he is almost unstoppable. The Chelsea forward has been Morocco’s live wire and can cause a slowing Jordi Alba lots of problems on Tuesday. Alba has been at his offensive best, providing an assist in the opener against Costa Rica, but Morocco will need Ziyech to occupy the Barcelona defender on a full-time basis to deny him any offensive contribution.

The goal against Canada showed why Youssef En-Nesyri is a potent centre forward, even though injuries and loss of form over the last 12 months have robbed the Sevilla forward of some confidence. Against Rodri, a converted defensive midfielder, En-Nesyri should be able to exploit some gaps that will ultimately develop, especially if it is a tight game.

Morocco is Africa’s last standing team and the continent is wishing them all the luck to make it into the first-ever quarter-final in their history but Luis Enrique’s Spain is a very capable team that will give no quarter as they seek a second World Cup triumph.