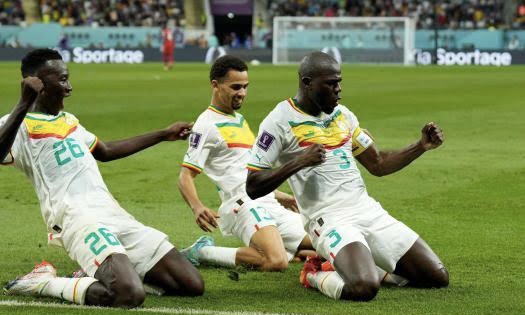 A former chairman, House of Representatives Committee on Sports, Honourable Godfrey Ali Gaiya, has predicted that at least two African representatives at the ongoing 2022 World Cup will play in the quarter finals of the mundial for the first time.

The former federal legislator in an interview with Tribune Sports in Abuja said though the Africans had slow start at the football event, they have displayed grit, determination and the discipline to succeed as the World Cup progresses.

He said African champions, the Teranga Lions of Senegal, have made Africa proud and against all odds and qualified for the round of 16 beating South American football powerhouse, Ecuador in their last group game.

Gaiya said he expected Morocco and Ghana to join Senegal in the round of 16 while adding that it will be difficult for four-time African champions, the Indomitable Lions of Cameroon to beat Brazil in their last game on Thursday.

“Senegal’s Teranga Lions have made Africa proud by qualifying for the round of 16 and will face the Three Lions of England, it is going to be battle of the Lions but our Lions can roar past the ones from England. The Senegalese are improving with each game and I expect them to give England a run for their money, anything can happen and I expect that something can happen.

“Morocco, Ghana and Cameroon still have chances to move to the round of 16 but the chances is brighter for Morocco and Ghana with 4 points and 3 points respectively squaring up against Canada and Uruguay in that order going into their last group games. Except we are deceiving ourselves, Cameroon has an uphill task moving to the next round as I see Brazil dumping them out. But I see at least two African teams in the quarter finals,” Gaiya told Tribune Sports.

While Morocco will play against Canada today (Thursday), Ghana and Cameroon will play their matches on Friday, December 2.