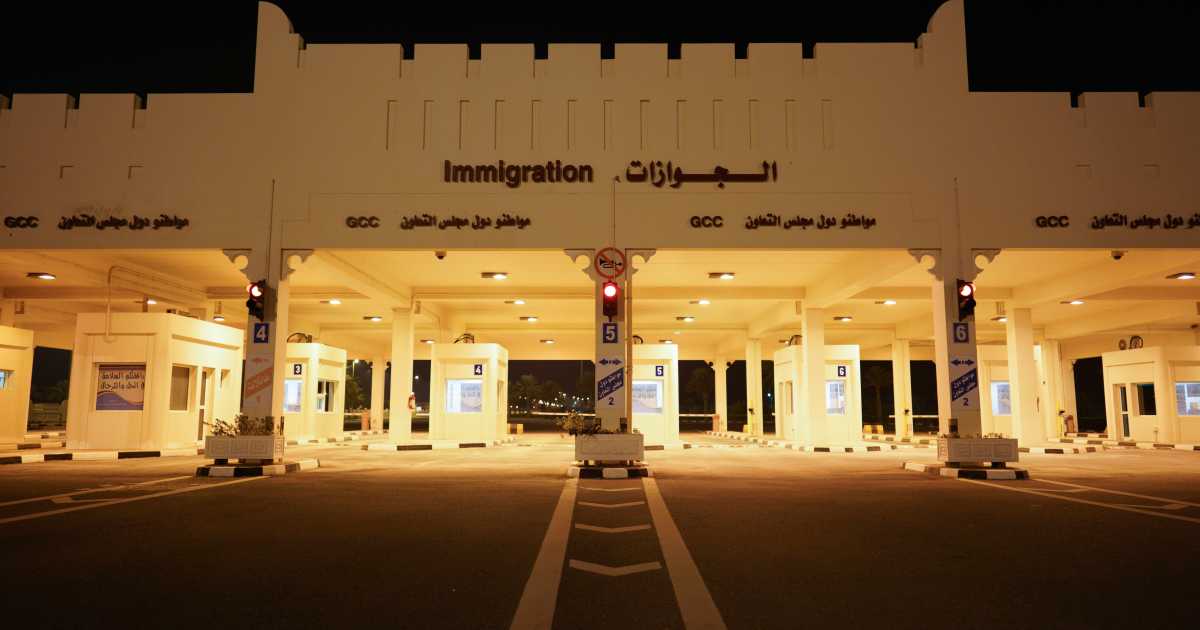 Saudi Arabia has opened its land border with Qatar, and according to Kuwait’s foreign minister, is set to reopen its airspace and sea border.

The breakthrough announcement on Monday came on the eve of the Gulf Cooperation Council (GCC) summit and could pave the way towards resolving a political dispute that led Riyadh and its allies to impose a boycott on Qatar.

Saudi Arabia, the United Arab Emirates, Bahrain and Egypt imposed a diplomatic, trade and travel boycott on Qatar in June 2017, accusing Doha of supporting “terrorism” and having ties with Iran that were deemed too close.

Qatar has repeatedly denied the allegations and said there was “no legitimate justification” for the severance of relations.

Here are all the latest updates:

Analyst: Resolution of GCC crisis will not create a united front against Iran

The resolution of the Saudi Arabia-led blockade of Qatar will not create a united front against Iran, a Middle East analyst from the University of Oxford said.

In a social media post, Samuel Ramani said that at least four divergent policies continue to dominate the GCC, with Oman leading the engagement with Iran.

He predicted that Qatar and Kuwait will maintain its stance of containment, with UAE pursuing an approach of “managed confrontation”, while Saudi Arabia and Bahrain will continue its confrontational approach towards Iran.

A resolution of the #Qatar crisis will not create a united front against #Iran.

The GCC will still have 4 Iran policies:

Meanwhile, Khalid al-Dekhayel, a prominent Saudi commentator said that the “de-escalation” of the crisis might have “shallow foundations” as core disagreements between Riyadh and Doha remain unaddressed.

“It is the beginning of a lasting solution. More work to be done, especially to move past the incredibly bitter feelings this needless blockade stoked between people and communities in the Gulf,” she said on Twitter.

Well said. Welcome news, for everyone involved, their friends and partners. It is the beginning of a lasting solution. More work to be done, especially to move past the incredibly bitter feelings this needless blockade stoked between people and communities in the Gulf. https://t.co/nBYj2raZq9

The border between Qatar and Saudi is open, but there have been no crossing witnessed so far, Al Jazeera reporters at the Abu Samra crossing said.

“The atmosphere is quiet, but customs officials are on duty and all immigration counters are open,” Al Jazeera’s Sorin Furcoi reported from the border.

“Young Qataris drove towards the border. I’ve seen nine – 10 cars stopping to confirm with the traffic police located at the entry into the border point that the border is indeed open.”

The border between Qatar and Saudi Arabia is officially open | #Qatar pic.twitter.com/9z2x9hcbty

“The step, which comes ahead of the 41st GCC summit in Saudi Arabia on Tuesday, reflects the great interest and sincere efforts being made to ensure the success of the summit, which is held in light of extraordinary circumstances,” Al-Hajraf said according to Gulf News.

Gulf Arab nations have agreed to end a three-year blockade on Qatar, with Jared Kushner to attend the signing ceremony following his diplomatic efforts, a US official said.

“We’ve had a breakthrough in the Gulf Cooperation Council rift,” the official said on condition of anonymity, confirming an announcement from Kuwait.

Kushner will attend Tuesday “to sign an agreement that will end the blockade and put an end to the Qatari lawsuits,” the official said.

United Arab Emirates Minister of State for Foreign Affairs Anwar Gargash said that Tuesday’s GCC summit would “restore Gulf cohesion” but added that there was “more work ahead”.

Gargash said that “security, stability and prosperity” were a top priority, shortly after it was announced that Saudi had lifted its air, land and sea blockade of Qatar.

“We stand before a historic summit in Al-Ula, through which we restore our Gulf cohesion and ensure that security, stability and prosperity is our top priority. We have more work ahead and we are moving in the right direction,” he said on Twitter.

Turkey welcomed the decision to reopen the Saudi-Qatar border, the Turkish foreign ministry said in a statement, adding it was “an important step towards resolving the dispute”.

The ministry also praised efforts by Kuwait and other international actors to end the crisis.

“Our wish is that this dispute will be completely and permanently resolved on the basis on mutual respect for countries’ sovereignty and that other sanctions against the people of Qatar will be lifted as soon as possible,” the statement said.

Sheikh Tamim had received a formal invitation from Saudi King Salman to the six-nation summit.

GCC summit to lead towards ‘reunification and solidarity’

In remarks carried by the Saudi state-run news agency, Saudi Crown Prince Mohammed bin Salman said the GCC summit will be “inclusive”, leading the states towards “reunification and solidarity in facing the challenges of our region”.

“HRH Crown Prince reasserted that the upcoming GCC summit shall be a summit to close the ranks and unify the stance and to enhance the march of the good and prosperity, adding that we will translate through the summit,” the statement said.