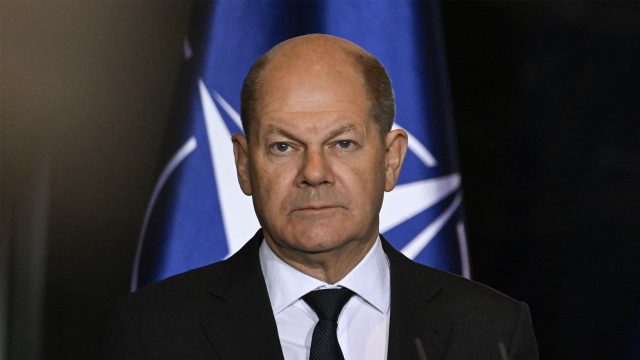 German Chancellor Olaf Scholz on Friday pressed Russia’s President Vladimir Putin to seek a diplomatic solution to end his war in Ukraine, including troop withdrawals, Berlin said following a call between the two.

“The chancellor urged the Russian president to come as quickly as possible to a diplomatic solution including the withdrawal of Russian troops,” according to the German leader’s spokesman Steffen Hebestreit.

During the one-hour call, Scholz “condemned, in particular, the Russian airstrikes against civilian infrastructure in Ukraine and stressed Germany’s determination to support Ukraine in ensuring the defence capability against Russian aggression”.

The leaders also discussed the issue of global food security, which is under pressure because of the war.

They also agreed to “remain in contact”, said Hebestreit.

Scholz and Putin have been in regular phone contact throughout the war.

The previous call between them took place in September and lasted 90 minutes, with Scholz then also urging Putin to “come to a diplomatic solution as possible, based on a ceasefire”.