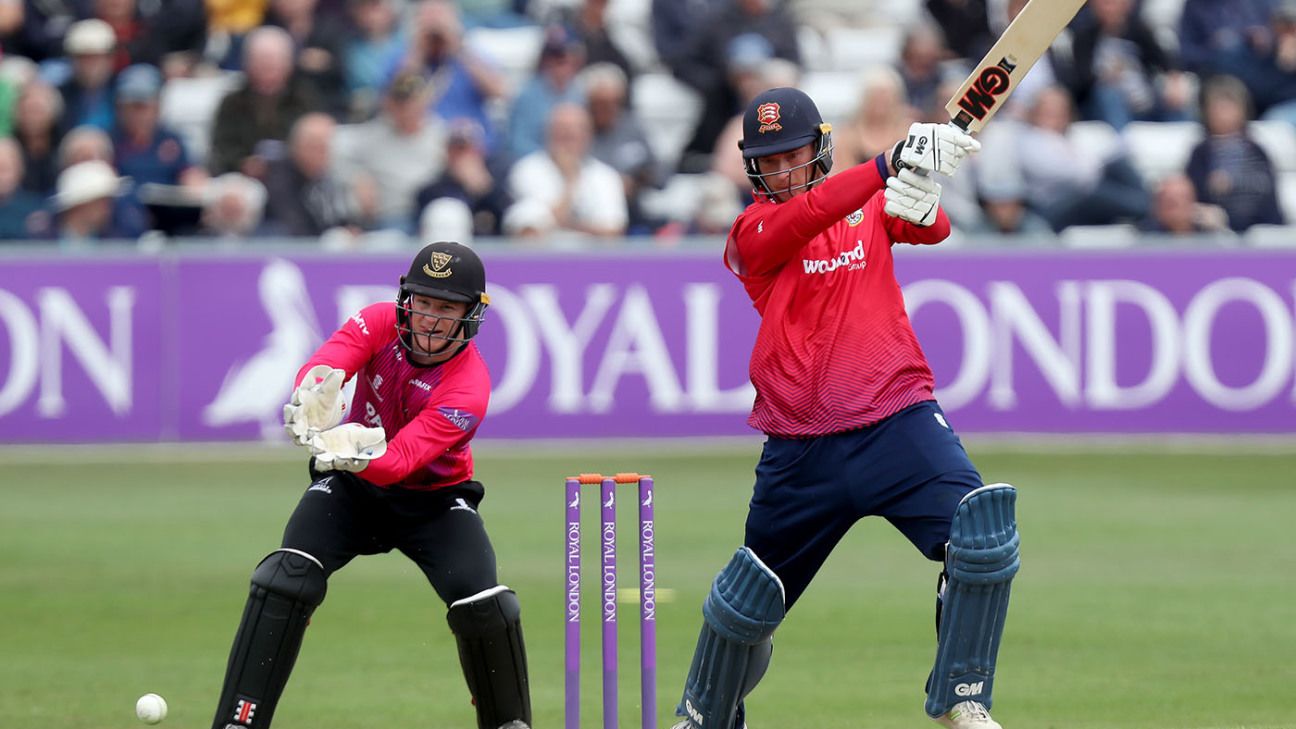 The pair, who earlier took five wickets between them to dismiss the Hawks for an under-par 273, put on 54 for the eighth wicket to get their side over the line with more than five overs to spare.

Former England batsman Tom Westley laid the foundations for the win with a classy 69, but the Hawks’ attack struck regularly after batsmen had got decent starts with the visitors looking in real trouble at 221 for 7.

However, Harmer and Nijjar batted responsibly on a placid pitch to finish unbeaten on 32 and 27 respectively.

Essex won the toss and elected to field and Hampshire quickly found themselves on the back foot when Tom Prest played all around a Steve Snater delivery to be bowled for a second-ball duck.

Felix Organ and Nick Gubbins put on 49 for the second wicket before Organ was caught by Harmer off Jamie Porter for 27.

In-fom Gubbins and Joe Weatherley looked in good touch in a stand of 92 but Snater struck again to break up the promising partnership when the on-loan Middlesex man mistimed a pull-shot and was caught by Adam Wheater for 62.

Essex struck twice in quick succession when Ian Holland was caught and bowled by Nijjar for seven and Weatherley fell for 54 when Harmer found the edge behind to Wheater.

James Fuller and Lewis McManus put on a quickfire 65 from 36 balls with one Paul Walter over being smashed for for 24, but once again Essex broke the partnership before any major damage could be inflicted when veteran Ryan ten Doeschate trapped Fuller lbw for 27 and reduced Hampshire to 224 for 6 with 11 overs remaining.

Any hopes of an explosive finish to the innings evaporated when McManus departed for 50 and Essex ran through Hampshire’s lower order to wrap up the innings with four balls to spare with Snater and Harmer taking three wickets apiece.

Hampshire got off to a perfect start with the ball as Essex slumped to 8 for 2 after Kyle Abbott trapped Will Buttleman lbw, before 20-year-old debutante John Turner grabbed the wicket of Alastair Cook for four.

Westley and young right-hander MIchael Pepper steadied the ship before Scott Currie bowled Pepper for an impressive run-a-ball 34. Westley looked in imperious touch, stroking 12 fours, but his pleasing innings was ended when he mistimed a cover-drive off Felix Organ and caught by Weatherley.

Walter, ten Doeschate and Wheater fell for 35, 28 and 25 respectively as the Hawks continued to make inroads, before Hamer and Nijjar held firm.