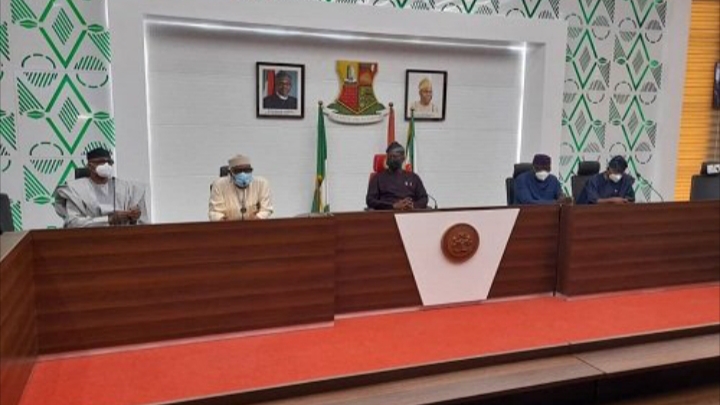 Leading traditional rulers and state governors in Southwest have come together to speak in unity on the rising cases of insecurity in the geopolitical zone.

Both the traditional rulers and southwest govenrors backed total ban on open grazing and agreed on securing of borders.

In the extraordinary meeting on the security challenge in the Southwest, the stakeholders asked the federal government to secure Nigeria’s borders.

The meeting, which was hosted by Governor Seyi Makinde of Oyo State, was almost stalled by the absence of the Chief of Staff to the President, Prof. Ibrahim Gambari; the Inspector General of Police, Mohammed Adamu; and the Director-General of the Department of State Services.

They could not fly out of Abuja on account of bad weather.

Similarly, the local chairman of Miyetti Allah Cattle Breeder’s Association of Nigeria (MACBAN) in Bauchi, Alhaji Sadiq Ibrahim Ahmed cautioned that it would resist any attempt by southern governors to send Fulani herdsmen away from their territory.

The stakeholders at the Ibadan meeting in a three-point communiqué at the end of their deliberations, “supported the decision of the National Economic Council (NEC) on forest management,” and stressed the need for the federal authorities to fully secure and protect Nigeria’s borders.

They asked the media to “assist the country to end fake news.”

Governor Rotimi Akeredolu of Ondo State and chairman of the Southwest Governors’ Forum, who spoke at the end of the meeting, said although the meeting was at the instance of the Chief of Staff to the President, Prof. Ibrahim Gambari; the Inspector General of Police, Mohammed Adamu; and the Director-General of the Department of State Services, the trio could not fly out of Abuja due to bad weather.

He said that the governors and the traditional rulers thereafter decided to meet to appraise the security situation in the zone.

The meeting, which was held at the Executive Council Chambers of the Governor’s office, Agodi, Ibadan, had in attendance five governors including the host,  Governor Makinde; Governors Akeredolu of Ondo, Kayode Fayemi of Ekiti, Gboyega Oyetola of Osun and Dapo Abiodun of Ogun  State.

The meeting also had in attendance the Deputy Inspector General of Police in charge of Southwest, David Folawiyo, and security chiefs serving in Oyo State.

Others included the chairmen of Council of Traditional Rulers in each of the Southwest states and some first class monarchs.

According to Akeredolu, the meeting was held to find lasting solutions to the lingering security issues in the zone.

Also in attendance were the Oyo State Commissioner of Police, Ngozi Onadeko, and other heads of security agencies in Oyo State.

Yesterday’s meeting was a follow-up to the Akure meeting of January 25 between  the governors and representatives of Miyetti Allah Cattle Breeders Association of Nigeria where the two sides agreed to ban all forms of open grazing in the region.

The meeting was also attended by Governors Mohammed Abubakar of Jigawa State and Abubakar Bagudu of Kebbi State.