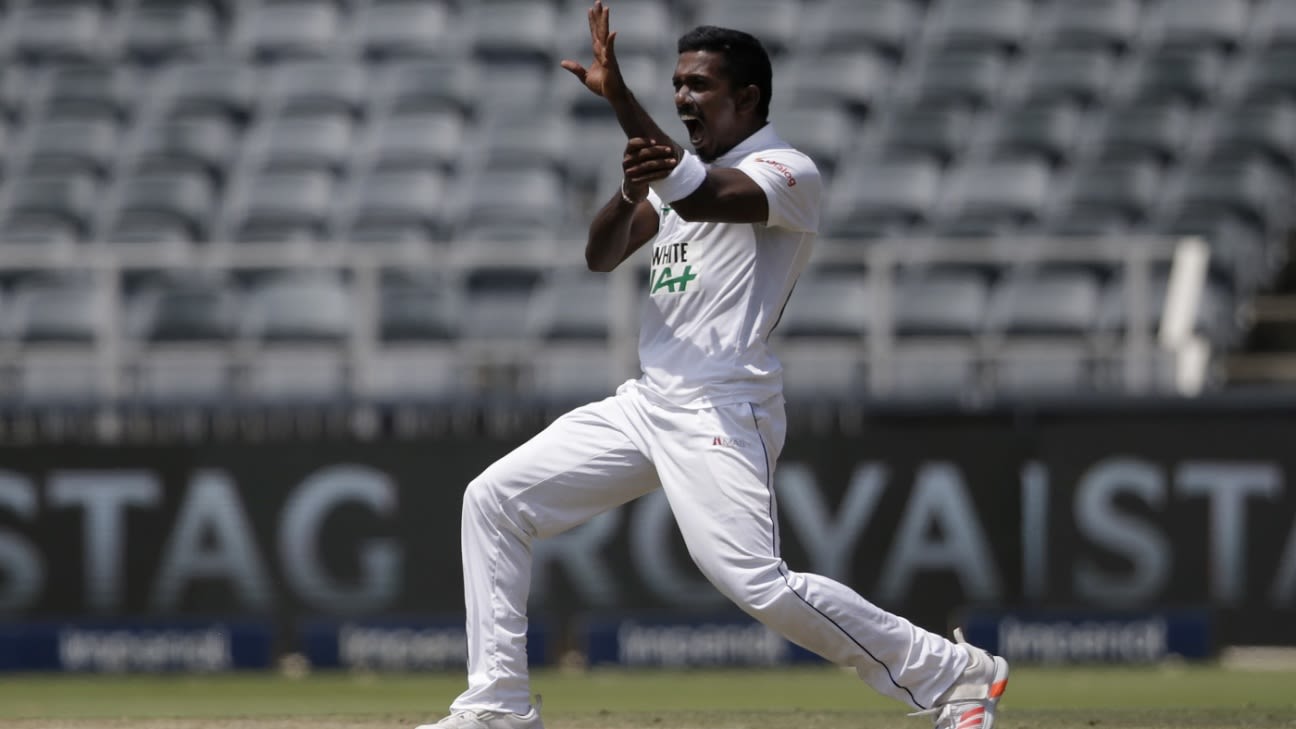 Vishwa Fernando has warned that Sri Lanka’s attack is ready to tear in again and give South Africa “a good challenge”, if their remaining batsmen can muster a fourt-innings target worthy of the name.

Vishwa claimed his maiden Test five-for as Sri Lanka triggered a collapse of 9 for 84, after South Africa had been in a position of strength at 218 for 1. Sri Lanka’s captain, Dimuth Karunaratne, then led the way with the bat, finishing on 91 not out, as Sri Lanka edged into a lead with six second-innings wickets still standing.

“This is a pitch that helps the seamers, and if you bowl good areas then it definitely helps you,” Vishwa said. “I think if we get another 200-250 runs ahead, we’ll be able to give them a good challenge, with our attack.

“We had a simple plan. We cut down runs and built pressure. We talked about that at the drinks break in the first session [before which South Africa had scored 68 runs without loss]. That’s our simple plan. We had assistance.

“Tomorrow’s first session is decisive. If Dimuth aiya and [Niroshan] Dickwella bat well and stay in the game, they’ll give us a good chance.”

Vishwa played an instrumental role in Sri Lanka’s 2-0 win in South Africa two years ago, taking 12 wickets across two Tests as well as keeping Kusal Perera company during their extraordinary one-wicket victory in Durban, and said he had fallen back on that knowledge after claiming his best figures.

“That previous experience in South Africa was really helpful. I’m bowling to a lot of the same South Africa batsmen. We knew what their strengths were. It was a big advantage to have done well here before.”