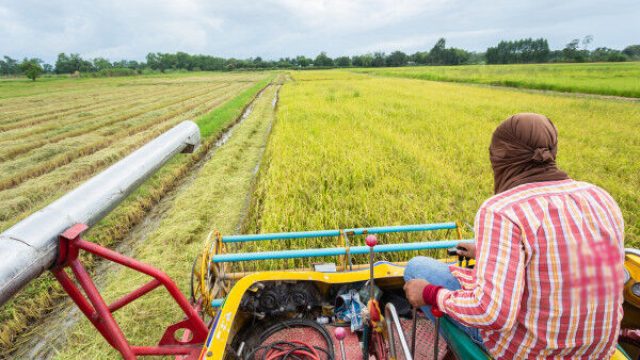 Stakeholders have called for the creation of a favourable policy environment to enhance private sector investment in research to boost the agriculture sector and guarantee food security.

They argued that policies like tax holidays, favourable tariff regimes, accelerated mechanisation and irrigation programmes among others were pathways to achieving agricultural development.

Chief Executive Officer, the Centre for the Promotion of Private Enterprise (CPPE), Dr. Muda Yusuf, said this during the 38th yearly Omolayole Management Lecture, where he spoke on ‘Sustainable Development of the Agricultural Sector for National Well-being’.

Lamenting that a dysfunctional foreign exchange market would disrupt agriculture development, he said there was a need to attract foreign investors to the sector to increase growth.

For this to happen, he said, there was the need to address policy challenges around macroeconomic development and across all sectors of the economy.

Noting that food security was a matter of national security, he charged the government to do more to unlock markets along the value chain.

Stating that the initiatives put in by successive administrations to grow the sector had not yielded results, he mentioned that the Bank of Agriculture has practically collapsed with no serious efforts made to revive it.

He hinted at the high rate of default on the loans that are already given, especially the Anchor Borrowers’ Programme (ABP).

“Different institutes were designed to strengthen productivity in agriculture. But sadly, most of them are now shadows of themselves. They are poorly funded, poorly staffed and poorly motivated,” he said.

The economist also called for policies to boost urban farming and the review of the national agriculture extension policy.

Yusuf linked the rush of citizens from rural to urban areas to the food supply shock, thereby leading to food insecurity in urban areas.

Also, the President of the Nigeria Employers’ Consultative Association (NECA), Taiwo Adeniyi, said more was needed to guarantee food security, especially with the Russia/Ukraine war still raging. He said the need for a sustainable national policy on agriculture had become critical.

He added that agriculture remains a fundamental and critical sector in the development of the country, despite the recent upsurge in banditry in the North and some other areas.

In her speech, the President, Alumni of the International Association of Students in Economics and Commercial Sciences (AIESEC), Olubunmi Abejirin, said the hazy and uncertain economic outlook in Nigeria is giving significant cause for concern.

She said the country must begin to have broader conversations on preparedness for the looming food crisis and strategize on how to feed the over 200 million people.

According to her, the need for the Organised Private Sector (OPS) to ensure that agricultural experts are appointed to key agricultural positions in the country as it is obtained in the health and legal sector remains sacrosanct.