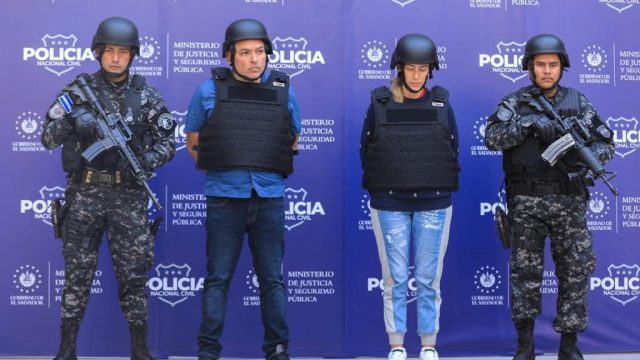 A woman suspected in the murder of a Paraguayan anti-mafia prosecutor was expelled from El Salvador on Saturday and handed over to Colombian authorities, the Colombian prosecutor’s office said.

Margareth L Chacon Zuniga is accused of being involved in the “planning, financing and logistics of the murder of prosecutor Marcelo Pecci” and on Sunday will appear before a supervisory judge, the investigative body said on Twitter.

Her capture brings to seven the number of people detained over Pecci’s murder in May last year.

The prosecutor was killed in front of his pregnant wife while they were on their honeymoon on the Colombian island of Baru, near the tourist port of Cartagena on the Caribbean coast.

“We reiterate: El Salvador will not be a refuge for international criminals,” Villatoro wrote.

Chacon was arrested on Wednesday together with Salvadoran Wilber Huezo, 47, who is accused of having hidden her in the Central American country.

Salvadoran authorities raided two houses where the suspect was hiding and seized Colombian passports, cellphones, laptops, and about 15,000 euros ($16,000), as well as some dollars and Colombian and Mexican pesos.

Colombian, Paraguayan and US authorities are searching for the masterminds of the assassination, who they say are linked to drug trafficking networks.

Pecci investigated crime gangs based in Brazil and money launderers in an area where the borders of Paraguay, Brazil and Argentina converge.

The United States has offered a $5 million reward for information on his killing.

Four of the people arrested so far, including the hitman, pleaded guilty and were sentenced to 23 years in prison in June.