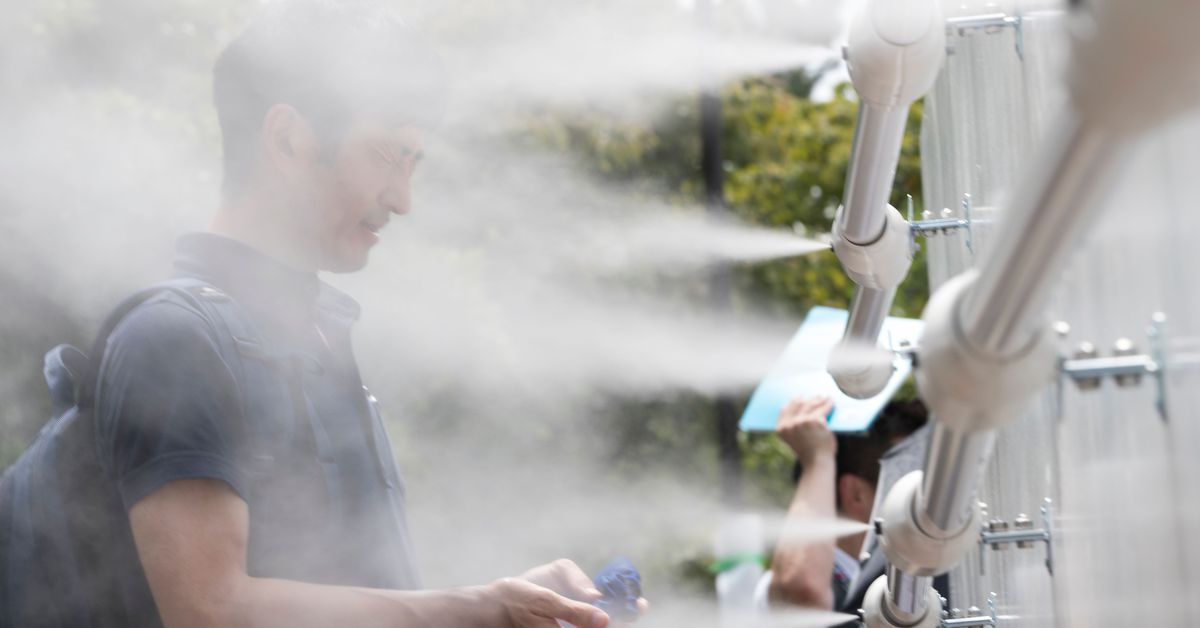 Olympic athletes are grappling with another public health threat on top of the pandemic: extreme heat. This year’s summerOlympics areforecast to be the hottest in decades. Temperatures expected to rise above 30 degrees Celsius (close to 90 degrees Fahrenheit) this week could put even the strongest athletes in danger of heat stroke or illness. They’ll also have to contend with oppressive humidity, which interferes with the body’s ability to regulate its temperature by sweating, on top of the scorching heat.

Athletes have tried to acclimate themselves to the weather in advance of the games. Team USA, for example, even took inspiration from how the US military gets soldiers ready for desert deployments, according to The Washington Post. A training regimen might include donning a sweatshirt and beanie while working out in the summer heat. Canada’s women’s rowing team trained indoors and turned the heat all the way up to 35 degrees Celsius inside the sports dome at the Canadian Sport Institute Pacific in Victoria, according to the CBC.

The training is brutal, and the conditions that the athletes are training for are dangerous, as The Washington Post points out:

While seeking an advantage, the USOPC also must protect athletes from heat stroke, dehydration and other conditions caused by overexertion. Elite athletes are at acute risk of suffering from those conditions. They separate themselves by their capacity to train and compete through discomfort that would cause others to quit. In extreme heat, such doggedness can transform from admirable to life-threatening.

Heatwaves and heat-related illnesses are on the rise as a result of human-caused climate change. In Tokyo last year, 4,759 people required emergency transportation because of heat illness in July and August. That’s thousands more compared to the same time period in 2008, when there were just 905 (Reuters has helpful data visualizations on the magnitude of the problem).

We can see some similar trends in the US. The Pacific Northwest struggled with extreme temperatures for the region last month, which led to a huge uptick in emergency room visits. The late June heatwave interfered with Olympic trials in Eugene, Oregon, where competitions were delayed. Heptathlete Taliyah Brooks fainted before the javelin throw and had to be taken off the field in a wheelchair.

Some events have been moved this year from Tokyo to nearby Sapporo, where temperatures are typically a little cooler. But experts warn that athletes will need to keep preparing for hotter temperatures in the future.

“I think we’re certainly approaching a danger-zone,” Melissa Wilson, an Olympic rower from Great Britain, said in a recent report by the British Association for Sustainable Sport on how heat could affect the 2021 Olympics. The 2019 Tokyo trials had already left three rowers requiring medical treatment for heat exhaustion, according to the report. “It’s a horrible moment when you see athletes cross the line, their bodies fling back in total exhaustion, and then not rise up.”