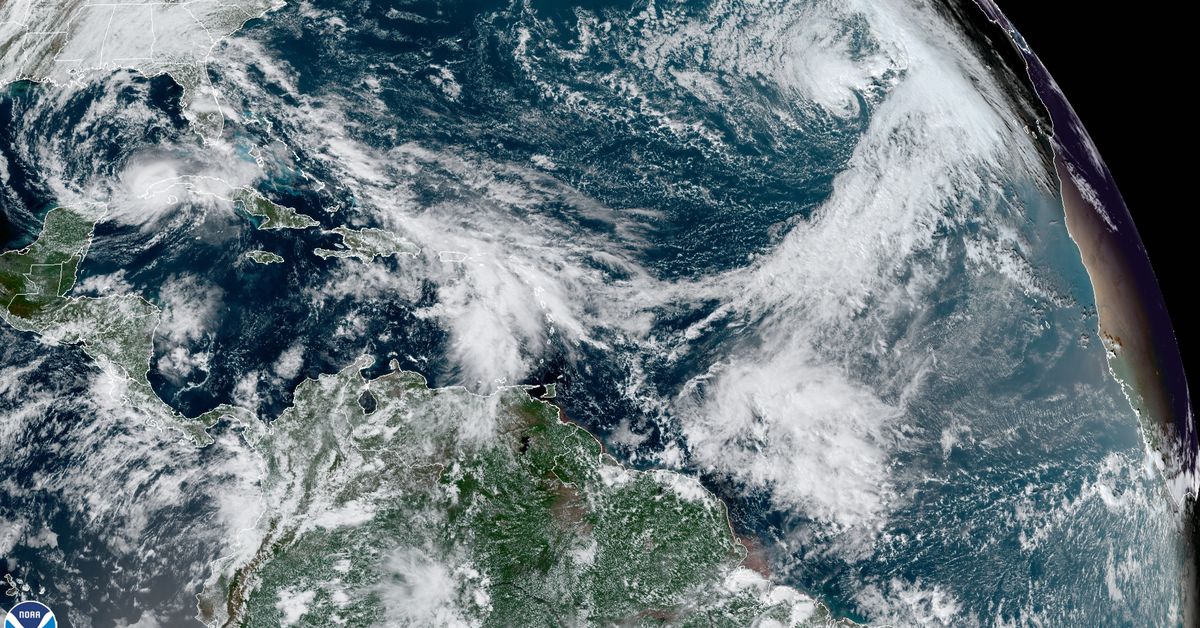 2020 shattered another record when subtropical storm Theta, the 29th named storm this season, developed overnight in the Northeast Atlantic. There has never been an Atlantic hurricane season on record with more storms strong enough to earn a name.

The World Meteorological Organization (WMO) burned through its regular list of storm names nearly two months ago and had to resort to using Greek letters to label storms this year for only the second time in its history. This is the first time Theta has ever been used as a storm name.

The last time the WMO resorted to Greek letters was in 2005, which held the previous record for the most named storms in a single season. That year will still be known for one of the most devastating storms in American memory, Hurricane Katrina. Katrina and four other names were retired that year, which happens when a storm is so deadly or costly that the WMO deems it inappropriate to reuse the moniker.

Subtropical Storm #Theta has developed tonight in the Northeast Atlantic, the 29th named storm of the 2020 Atlantic Hurricane Season.

This breaks the single season record for the most named storms previously held by the 2005 Hurricane Season.

Eta was the record-shattering 12th storm to make landfall in the US in a single season. The previous record was set in 1916 when nine storms came ashore. This year has also seen a record-tying number of billion-dollar climate- and weather-related disasters. Hurricanes Laura, Sally, and Isaias make up three of the 16 costly events this year.

The WMO holds an annual meeting after each season ends on November 30th, where it decides whether to retire any more storm names.