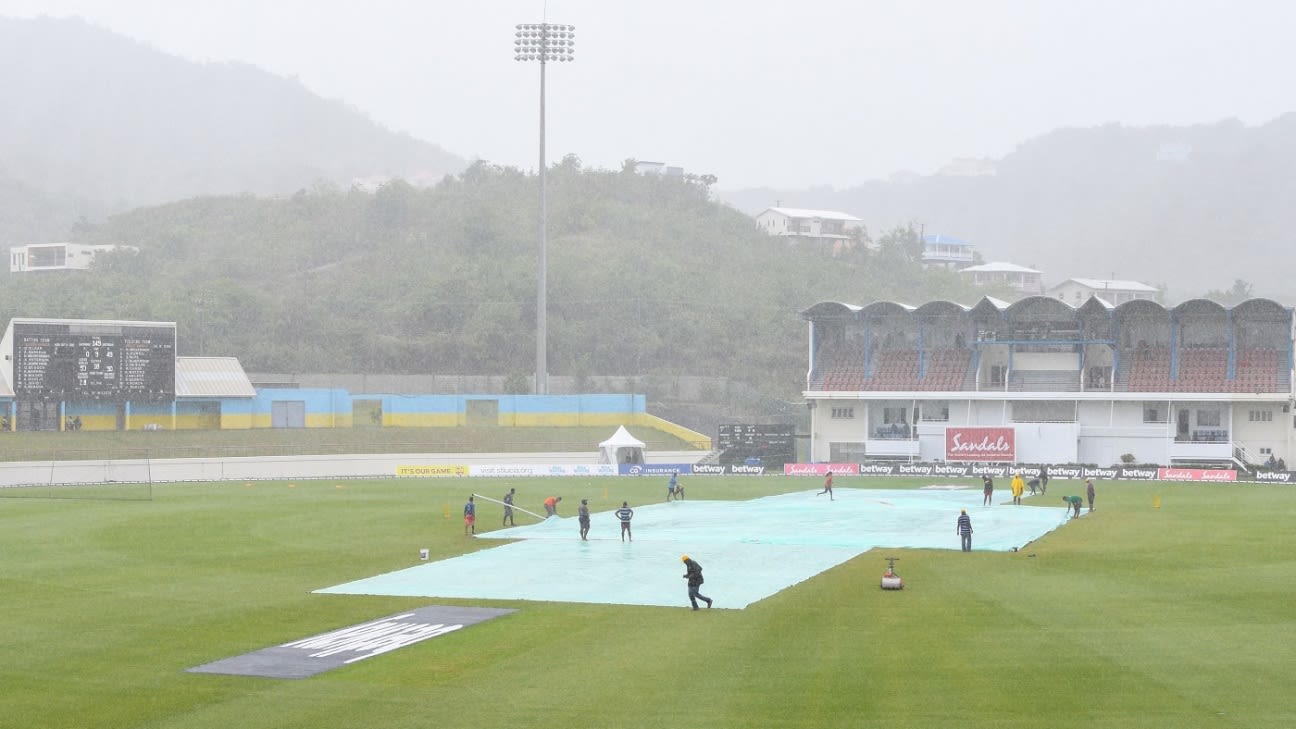 South Africa were made to wait before they could start their second innings – and to increase their 149-run lead over West Indies – by a wet outfield on the third morning. Heavy morning rain delayed the start of day three and, despite the rain stopping, two umpires’ inspection deemed it would not be possible to have any play in the morning session.

The covers are currently off the pitch and a strong wind is assisting with drying the outfield but several wet patches were still visible at the latest inspection. An early lunch was taken at 11.30am local time, with another inspection due at 11.50am with a view to starting play between 12.30 and 13.00pm.