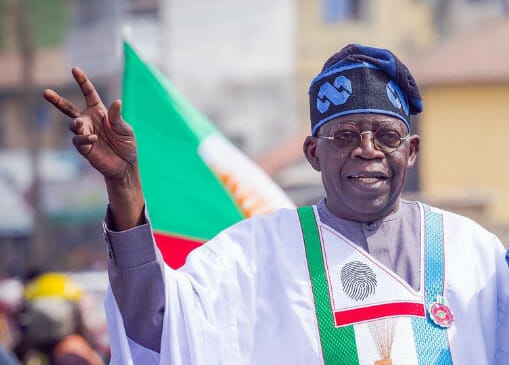 Tinubu paid the royal father a visit to his palace on Saturday as part of his campaign in Jigawa State.

He stated that the APC candidate has demonstrated his ability as the Governor of Lagos State, and his records in office speak for themselves.

The Emir specifically stated that Tinubu was instrumental in bringing the North and South regions together politically and that as a leader, he would be able to unite the country as well.

I am a keen follower of you and your political activities. You are one person I believe has the capacity and competence to rule the country.

Nigeria had been polarised before. You were able to bring the North and South together under this administration.

You also went to America to study just like me. And like you, I also did several menial jobs to survive.

I am also an Accountant like you. I’ve also read some of your books, particularly the one titled ‘Financialism’. The only thing I lack, unlike you, is the will to play politics.