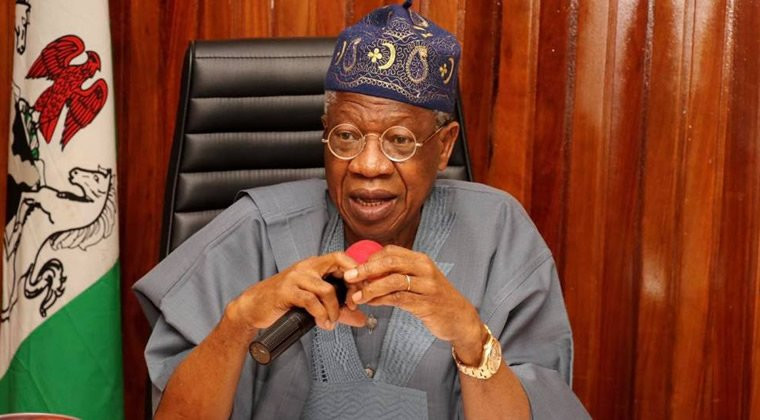 The founder of Twitter, Jack Dorsey, has been held liable for the loss of lives and properties incurred during the EndSARS protest.

The Minister of Information and Culture, Lai Mohammed, said this  when he appeared on a Radio Nigeria call-in programme in Abuja today June 14.

Mohammed alleged that Dorsey raised funds through Bitcoins to sponsor the EndSARS protest while his platform, Twitter, was used to fuel the crisis. He said Dorsey also retweeted the tweets of some foreign and local supporters of EndSARS.

“If you ask people to donate money via bitcoins for EndS ARS protesters then you are vicariously liable for whatever is the outcome of the protest.

We have forgotten that EndSARS led to the loss of lives, including 37 policemen, six soldiers, 57 civilians while property worth billions of naira were destroyed.

164 police vehicles and 134 police stations were razed to the ground, 265 private corporate organisation were looted while 243 public property were looted.

The minister said it was unfair to conclude that the operation of Twitter was suspended indefinitely because it deleted President Muhammadu Buhari’s message.

Lai Mohammed alleged that the microblogging site has consistently provided its platform to secessionist groups bent at destroying the corporate existence of Nigeria.

“Twitter has become a platform of choice for a particular separatist promoter. The promoter consistently used the platform to direct his loyalists to kill Nigerian soldiers and policemen, run down INEC offices and destroy all symbols of Nigeria’s sovereignty. Every attempt to persuade Twitter to deny its platform to this separatist leader was not taken serious’’ he said