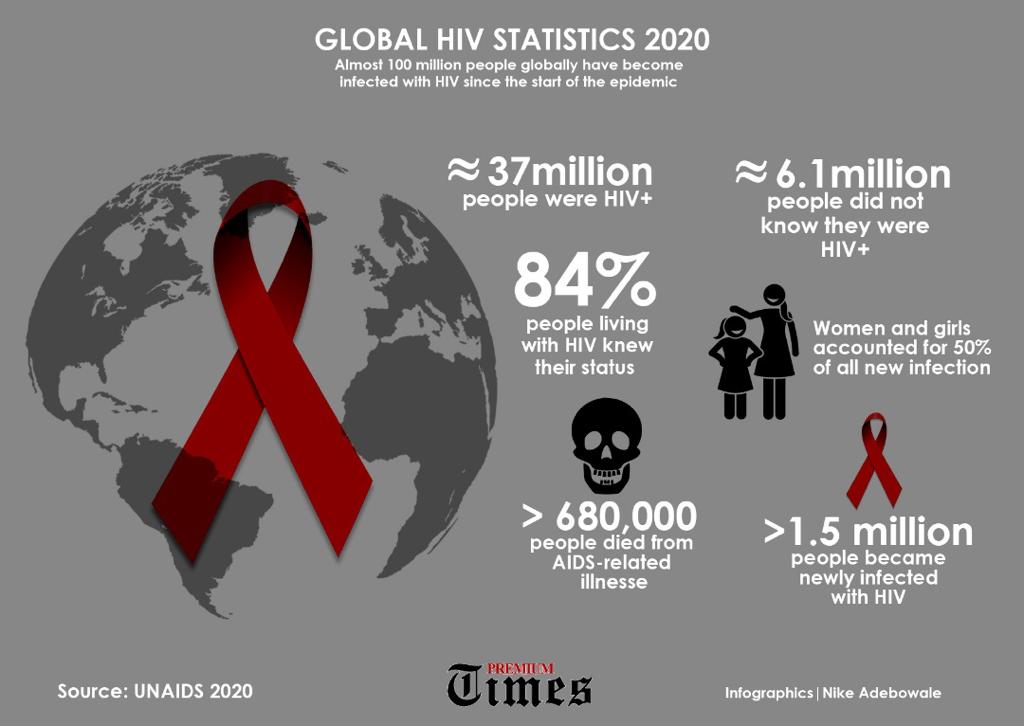 A new report has shown that progress against HIV has slowed down since the COVID-19 pandemic.

The report, titled; “In Danger,” and released by the Joint United Nations Programme on HIV/AIDS (UNAIDS) noted that donors pulled back, and countries now test and treat fewer people, even as they miss key targets.

It was released ahead of the International AIDS Conference (IAC) currently holding in Montreal, Canada.

Speaking at its launch, UNAIDS Director, Winnie Byanyima, said progress in prevention and treatment of HIV is faltering around the world, putting millions of people in grave danger.

“In Asia and the Pacific, UNAIDS data now shows new HIV infections are rising where they had been falling. Action to tackle the inequalities driving AIDS is urgently required to prevent millions of new HIV infections this decade and to end the AIDS pandemic,” she said.

The report also reveals that countries with the biggest increases in new HIV infections include the Philippines, Madagascar, Congo, and South Sudan.

Donor funds plummet by 57 per cent

The UNAIDS report shows that HIV funds from bilateral donors other than the US have plummeted by 57 per cent over the last decade.

It indicates that HIV investments have not replaced lost international funding, mainly due to worsening economic conditions.

“The World Bank projects that 52 countries, home to 43 per cent of people living with HIV, will experience a significant drop in their public spending capacity through 2026,” the report noted.

Speaking at the event, head of the US National Institute of Allergy and Infectious Diseases, Anthony Fauci, said the new report is a “wake-up call” for all.

“HIV diagnoses decreased in many countries, including in my own country. Harm reduction services to people who use drugs, and other vulnerable people have been widely disrupted,” he said.

He explained that access to TB diagnosis and treatment resulted in an increase in TB deaths among persons with HIV in 2020.

“Over the past two and a half years, I have seen many similarities between COVID-19 and HIV. It saddened me how hard some patient groups need to fight for recognition, how stigma, misinformation, and denialism can promote illness and death, and how slowly interventions reach vulnerable populations,” he said.

The UNAIDs report shows that 70 per cent of new infections are in groups designated as “key populations” for their particular vulnerability to infection.

The key populations include men who have sex with men (MSM), sex workers, transgender people, people who inject drugs, and prisoners.

The UNAIDS key population data shows MSM has 28 times the risk of acquiring HIV compared to people of the same age and gender identity.

She explained that closing the inequalities by removing punitive laws, promoting human rights, and expanding community-led services is working in countries like Thailand.

Ms Byanyima said the report indicates that gender inequality is also pushing infection, with an adolescent girl being infected with HIV every two minutes.

She said in sub-Saharan Africa, girls and young women are three times more likely to acquire HIV than boys and young men their age.

“Effective pandemic response means addressing gender inequalities. Botswana, for example, extended universal secondary education and found that for each additional year of schooling, there was a 12 per cent reduction in girls’ risk of acquiring HIV,” she said

Ms Byanyima explained that racial inequalities also exacerbate HIV risk as HIV declines have been greater amongst whites than blacks in the UK and US.

“Every minute of 2021, the AIDS pandemic took someone’s life,” she said.

Globally, she said, 4,000 people a day are still being infected with HIV and if current trends continue, 1.2 million people will be newly infected with HIV in 2025, which is three times more than the 2025 target of 370,000 new infections.

Ms Byanyima said UNAIDS is particularly concerned about treatment for children living with HIV, revealing that only half (52 per cent) have access to life-saving medicine.

While new HIV infections are still falling globally, last year the drop was only 3.6 per cent, the smallest annual reduction since 2016.

“These figures are about political will. Do we care about empowering and protecting our girls? Do we want to stop AIDS deaths among children? Do we put saving lives ahead of criminalization?,” Ms Byanyima asked rhetorically.