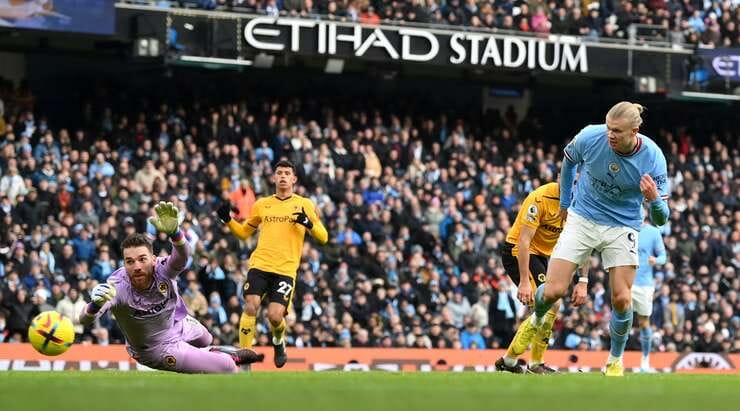 City took the lead after breaking through a tenacious Wolves defense in the 40th minute.

Kevin De Bruyne’s decent cross found Haaland in the box, and he scored with a close-range header on the left side of the goal.

The striker netted his second goal from the penalty spot on 50th minute.

Haaland won the battle of wills and sent an unstoppable penalty low past Jose Sa into the middle of the goal.

Riyad Mahrez scored a goal on 67th minute but David Coote ruled out the goal for offside.

With the victory, City have cut Arsenal’s lead at the top to two points, pending when the gunners play Manchester United later today.

Four minutes later, the tall striker got his brace. Jose Sa made a huge mistake and Haaland had an easy task to put the ball into the back of the net.