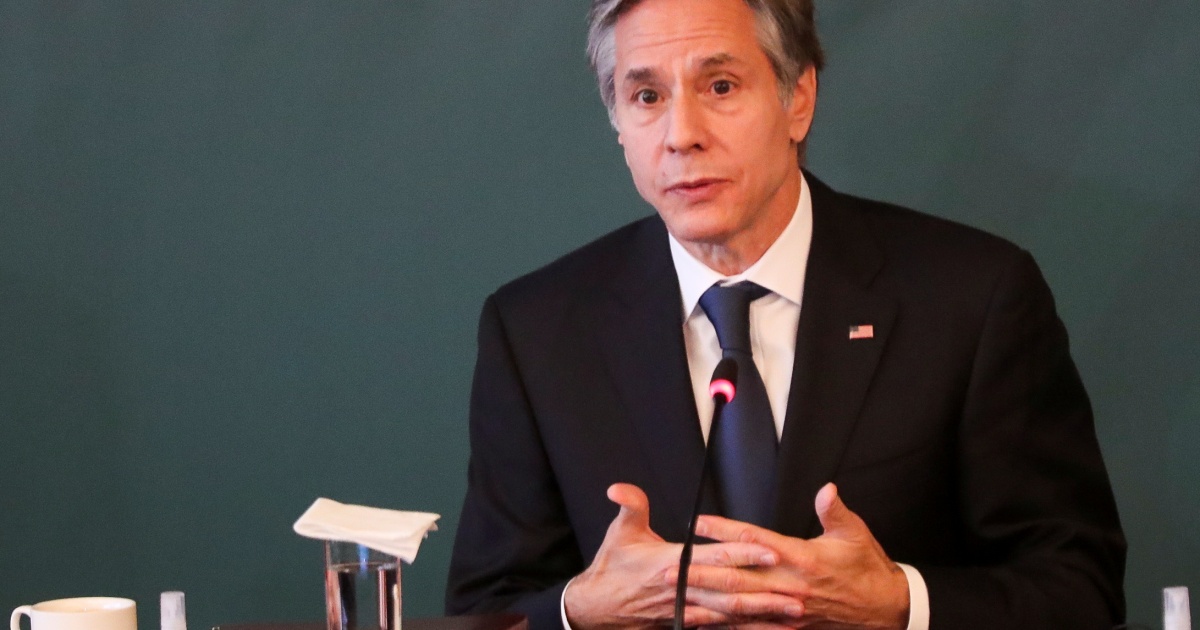 US Secretary of State Antony Blinken said the US position will not change until there is ‘irreversible progress towards a political solution’.

The United States does not intend to support any efforts to normalise ties with Syrian President Bashar al-Assad or rehabilitate him until there is irreversible progress towards a political solution in Syria, US Secretary of State Antony Blinken has said.

Blinken’s comments at a news conference on Wednesday came at a time when a shift was under way in the Middle East among the Arab allies of the US, who are bringing al-Assad in from the cold by reviving economic and diplomatic ties.

Jordan, a staunch US ally, fully reopened its main border crossing with Syria in late September, to boost the countries’ struggling economies and reinforce a push by Arab states to reintegrate Syria after shunning it during the Syrian war.

Jordan’s King Abdullah also spoke to al-Assad for the first time in a decade this month while the Egyptian and Syrian foreign ministers met last month on the sidelines of the United Nations General Assembly in New York, in what Egyptian media said was the first meeting at that level for about a decade.

Similarly, the United Arab Emirates’ economy ministry said on Sunday that the Gulf state and Syria had agreed on future plans to enhance economic cooperation and explore new sectors.

The UAE also reopened its embassy in Damascus in 2018 – and earlier this year, said sweeping US sanctions imposed on Syria made it more challenging for the war-torn country to return to the Arab League.

“What we have not done and what we do not intend to do is to express any support for efforts to normalise relations or rehabilitate Mr Assad or lifted a single sanction on Syria or changed our position to oppose the reconstruction of Syria, until there is irreversible progress towards a political solution, which we believe is necessary and vital,” Blinken said.

The US has suspended its diplomatic presence in Syria since 2012.

Blinken said in the nine months since President Joe Biden took office on January 20, Washington has focused on expanding humanitarian access to Syria, sustaining the campaign against the ISIL (ISIS) group and making clear the US commitment to demand accountability from al-Assad’s government.

Under Washington’s Ceasar Act passed last year, the US has attempted to prevent any reconstruction efforts or trade deals from being made without first enacting human rights reforms.

But Syria has not been a foreign policy priority for the Biden administration, analysts noted, as Washington has largely concentrated on countering China. The administration has yet to apply sanctions under the Caesar Act.

“As we’re moving forward in the time ahead, keeping violence down, increasing humanitarian assistance, and focusing our military efforts on any terrorist groups that pose a threat to us or to our partners … These are going to be critical areas of focus for us,” Blinken said.

The war in Syria killed at least 350,000 people, according to the UN. The conflict, which started as a mass uprising against al-Assad’s rule in March 2011, quickly morphed into a full-fledged war and sparked the world’s biggest refugee crisis.