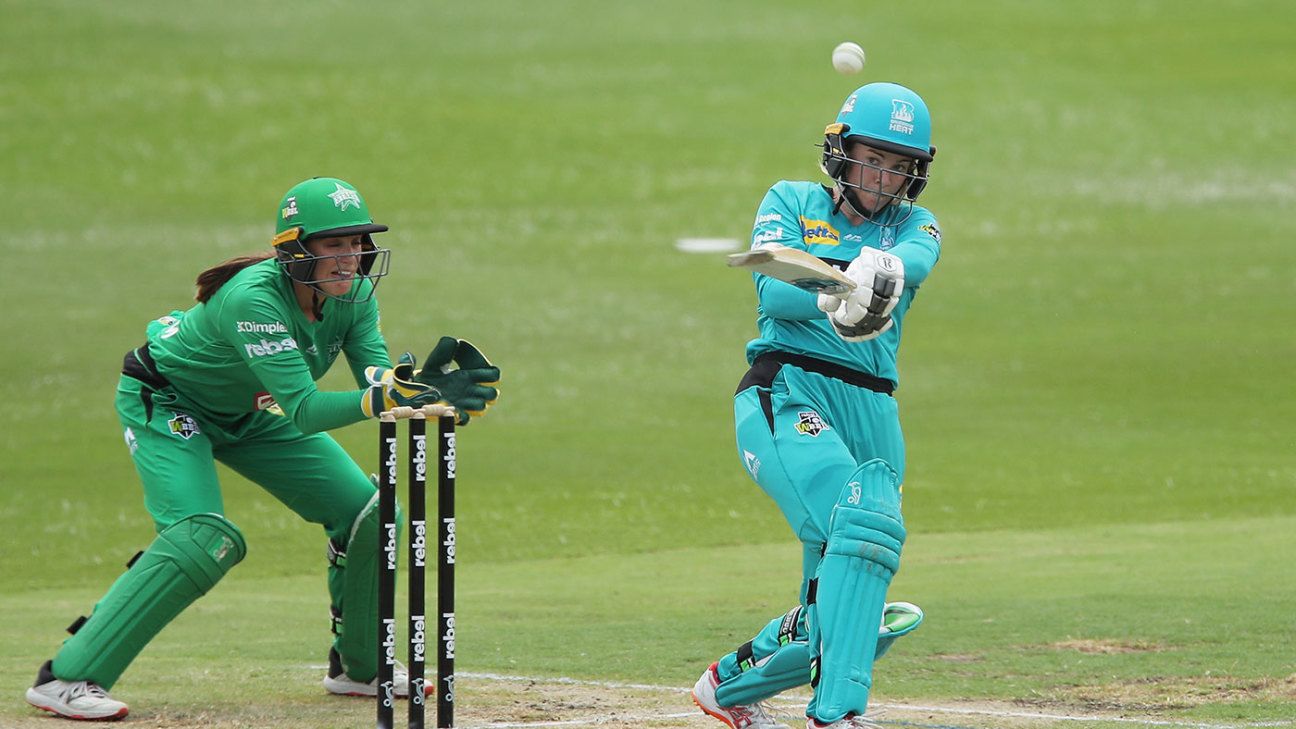 Laura Kimmince did it again for the Heat, launching 19 off 5 balls, as the defending champions overcame a wobble to put one foot into the semi-finals. At 2 for 109 in the 13th over they were well in control of the chase, needing 43 off 43 deliveries, but Katherine Brunt pulled off a brilliant run out from her follow through to remove the in-form Georgia Redmayne and things got tight.

Georgia Voll had given another glimpse of her talent with a brisk 34, including a straight six over long-on, but both her and Maddy Green fell to catches in the ring in the space five deliveries. Kimmince appeared to have sealed it with a massive leg-side six, but Tess Flintoff bowled an excellent penultimate over which claimed two wickets and cost just two runs leaving eight needed off the last. However, it only took Kimmince two balls as she smoked consecutive boundaries off Annabel Sutherland.

The Stars’ total was built around another half-century from Mignon du Preez – her fourth in five innings – and after Grace Harris struck twice in the 17th over to leave them 5 for 117, Brunt and Alana King provided a strong finish as 27 came off the last two overs.