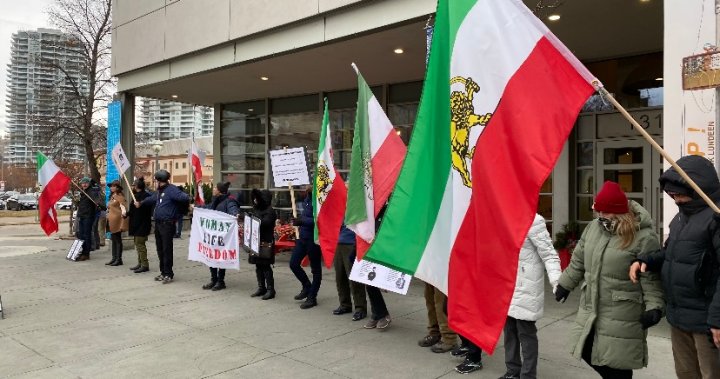 A new exhibit at the Kelowna Art Gallery titled ‘We Are Countless’ was created by two Iranian women.

“I am actively confronting and exploring the social instability and how it’s related to the different ways that Iranian people, especially Iranian women fight for their rights and freedom,” said artist Nasim Pirhadi.

Pirhadi is one of the artists who created pieces for this exhibit and much of her work is inspired by Iranians past and present who have been involved in or sparked a revolution.

Included in her pieces is 22-year-old Mahsa Amini, who was arrested by Iran’s morality police for wearing her hijab too loosely. She died a few days after her arrest, and many Iranians believe it was at the hands of the police.

“This time I think there’s lots of global attention on it and I think this is a very urgent time and I want to invite people to the discussion and to the conversation,” said Pirhadi.

The exhibition features a second artist, Reyhan Yazdani, who is based in Kelowna and attends the University of British Columbia Okanagan.

During the exhibit, the support for Iranians extended outside the art gallery as people linked arms and chanted “woman, life, freedom.”


“We are standing in solidarity with all those people whose human rights are trampled across the world, whether it’s Ukraine, whether its Iran, everywhere around the world,” said exhibit sponsor Mehrsa Maali.

“Also, definitely standing in solidarity with women in Iran.”

Yazdani and Pirhadi’s work will be on display until April 16.