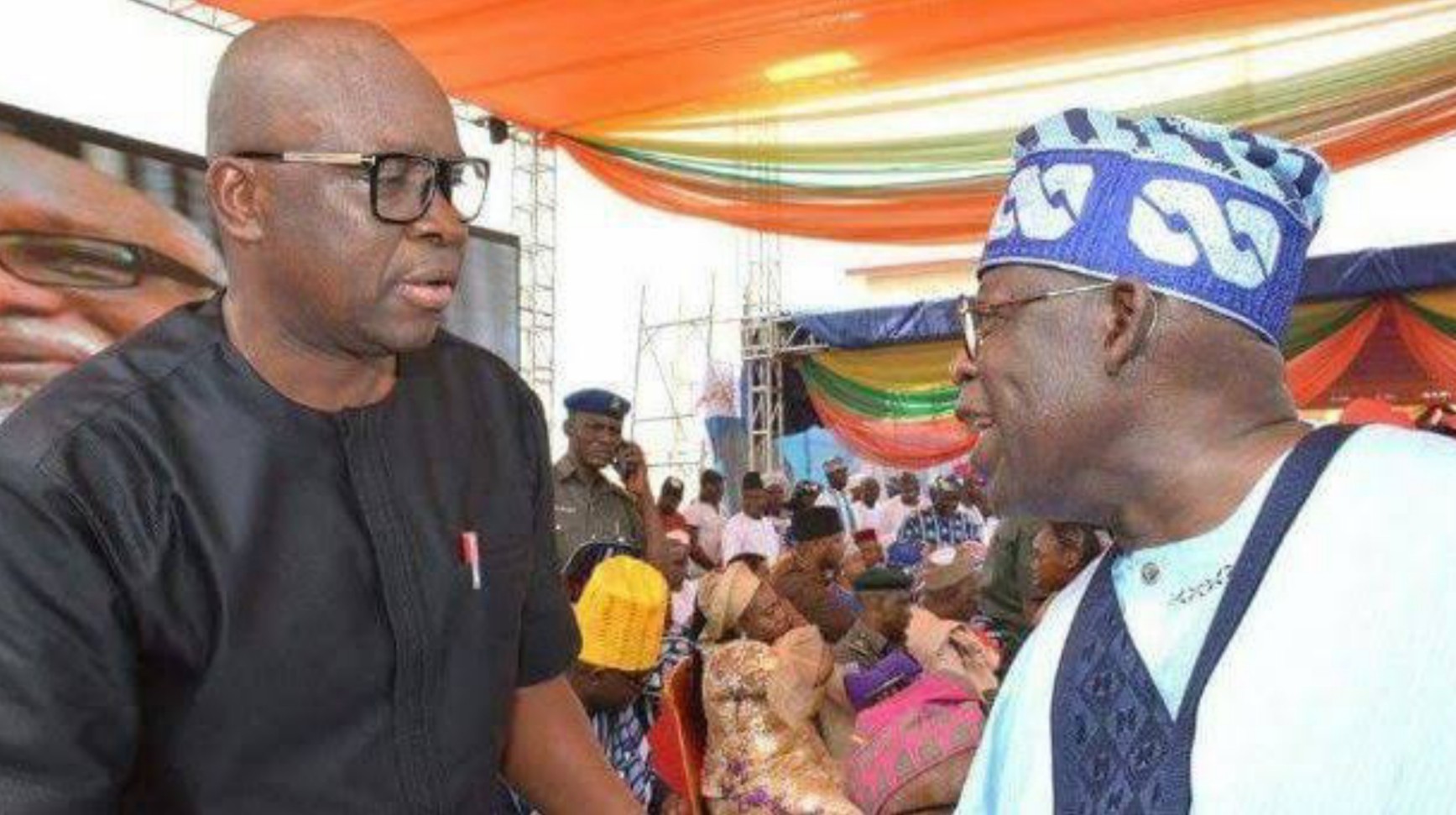 Fayose while driving at some points, described Tinubu as one of the greatest builders of men in Yoruba land and Nigeria at large.

Fayose believes that Tinubu has done well for himself and has paid his dues.

Fayose clarified that though he was not holding brief for Tinubu, who is the National Leader of the All Progressives Congress, people should learn how to appreciate those who had done well despite political differences.

On his seeming frosty relationship with Oyo State Governor, Engr Seyi Makinde and Senator representing Ekiti South, Biodun Olujimi, Fayose stated that there was no leadership tussle among the trio, saying whatever happens were not personal and would be resolved in the interest of the Peoples Democratic Party (PDP).

Fayose said this in Ado Ekiti on Saturday while speaking with journalists as part of the events commemorating his 60th birthday.

Fayose, who spoke on the recent defection of the Ebonyi State Governor to the APC, said he would never jump ship like those politicians that were bereft of political ideology, describing those indulging in such act as “political robbers”.

Fayose went on saying that “I am not championing the course of Tinubu, I am not in the position to do that, but there is no denying the fact that Tinubu is a prominent Yoruba leader, whether in APC or in PDP. There is no gainsaying that fact. Fayose is a prominent son of Yoruba nation. Governors Nyesom Wike , Ifeanyi Okowa, Okezie Ikpeazu, are prominent sons of southern Nigeria.

“What I am trying to say is that, we can’t hid their identities and goodwill for political reasons. We can’t deny their contributions. Other leaders from the North like Ahmadu Bello Sardauna, they made different impacts not necessarily like Awolowo. So, Tinubu has paid his dues. I have paid my dues, Okowa has paid his dues, Wike has paid his dues, we need to acknowledge them.

“The late Balarabe Musa, who was a leader of note and repute, cannot be forgotten in history. For me, Tinubu, has paid his dues, I stand by that. I have not seen Tinubu after the Ekiti election by any means, we haven’t even met at a function or saw him passed.

“President Muhammadu Buhari condoled with me on the death of my sister, does it mean we are on the same page politically? No. I will not sit down in any corner to shoot down Tinubu. I am not a member of APC and I will never be. But I supported Governor Fayemi to be governor by Tinubu’s influence at a time”.

Fayose said in spite of the multifaceted crises in the PDP, that he won’t jump ship like some leaders of the party had done, saying: “if we are fighting in PDP, let us fight it inside PDP. People who have been jumping ship are armed robbers. They are being driven by greed and inordinate ambition.

“These are indications of the type of leaders we have in our country who are without ideology. They go for only what they feel would benefit them.

“Our politics is sick. Everything in Nigeria is currently sick and is a function of the leadership that we have have. Governor Umahi’s joining APC after benefiting several positions in PDP was unprincipled. We do not accept the excuses given by the governor.

“I am not satisfied with some things in PDP, but, leaving the party does not equally solve the problems”.

He assured that all the raging crisis between him and other leaders of the party in Ekiti and the region will be resolved in the interest of the PDP.

“I was the one who went to flag off Governor Makinde campaign in Ogbomoso. Whether he is backing Senator Olujimi or not, the fact remains that the struggle for the control of party’s structures in Ekiti has come and gone, so why do we have to fight over spill milk?

“We won the congresses, but they are in court, if the court says it’s Olujimi that is right, we would follow her and if the court says she has no case, they should join us so that we can move the party forward. Let us pursue our interest legitimately in the manners that will create peace in the region”.