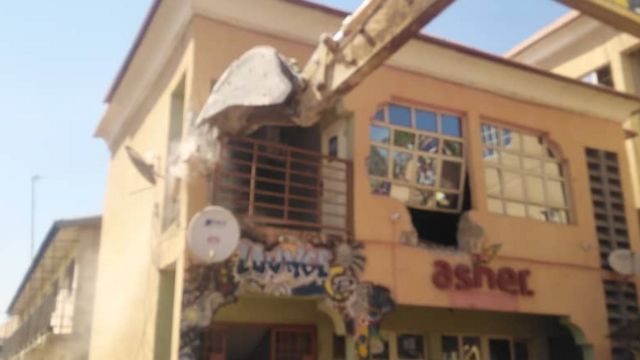 Kaduna State Government has explained why the planned sex party in the state was frustrated and the venue demolished.

The DG said: “Since this enforcement action, much of the commentary on the matter has centred on the inaccurate statement from KASUPDA’s Twitter account. While regretting the inaccuracy of the handler of our social media account, there is no reservation about the steps taken to enforce the laws and regulations of Kaduna on a property that was in violation of its provisions.

“Since March 26, 2020, the COVID-19 partial lockdown order has been in force in Kaduna. Although some of the regulations were significantly relaxed in June, they were tightened again in December in response to a second wave of COVID-19 cases.”

According to him, an activity in violation of COVID-19 regulations, planned for Asher Lounge, drew attention to the property.

“The illegal status of the building became a very separate matter from the trigger event: the third-party elements who had planned and advertised an unlawful gathering on those premises,” the DG stated.

He added that many properties in Kaduna were in that category.

“Their sheer number means that KASUPDA does not have the staff strength to undertake enforcement action on all of them. But those whose cases come to the agency’s attention and are found not to have the necessary papers cannot expect inaction.”