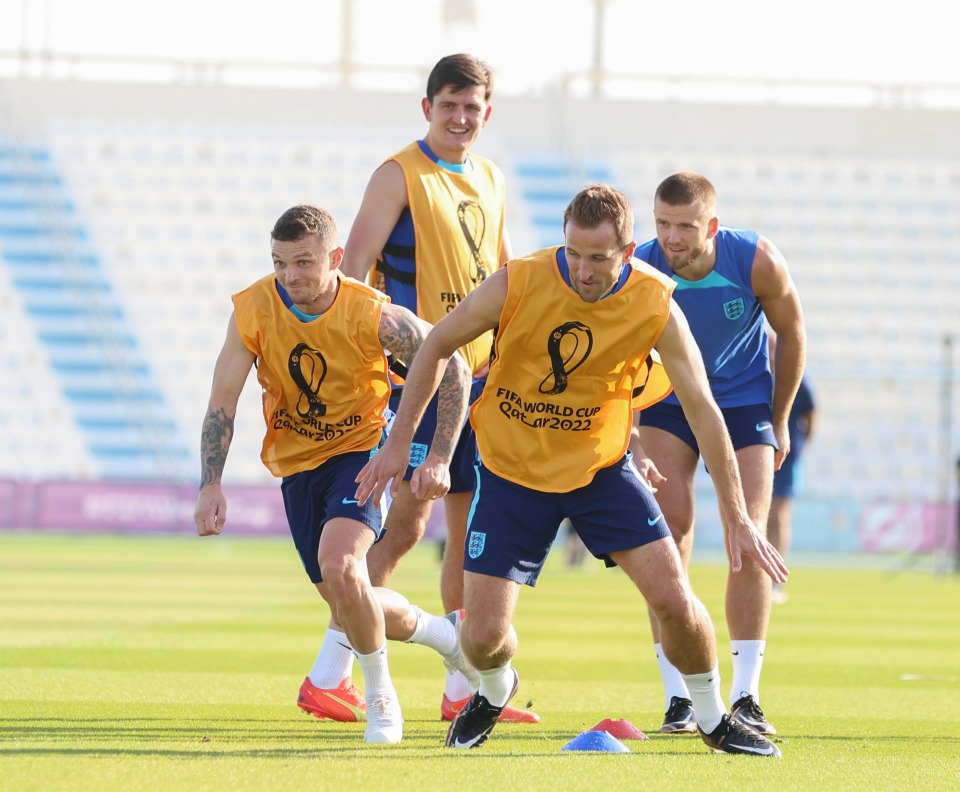 Gareth Southgate insists Harry Kane IS FIT to face USA tomorrow – and the star could not stop smiling about it at training.

The England captain appeared to suffer a knock to his right ankle during the 6-2 victory over Iran in their World Cup opener.

He did play on for 25 minutes before he was eventually replaced on 76 minutes and was spotted with strapping on lower leg afterwards, sparking major fears from supporters.

The Tottenham striker has since undergone a scan to determine the severity of the injury, but now boss Southgate has provided some good news for the worried nation.

Ahead of the second Group B game with USA, he told ITV: “He’s good.

“He’s worked a little bit more individually today, but he’ll be back in with the team tomorrow and all good for the game.

“We just checked him out just to see. I think, sometimes, when you’re treating things, it’s important to know exactly what is there and that was all good.

“It’s not so much the ankle, it’s more the foot.
“It was a poor challenge, really, but I think it’s one that, fortunately, we’ve got away with reasonably lightly.

“I was [holding my breath] when he went down on the pitch, but once he’d carried on playing, everything has been good.”

That followed on from England goalkeeper Jordan Pickford revealing that Kane, 29, trained with the rest of the squad yesterday.

He said: “I think he is good, probably a bit sore but he’s out on the grass today with us. He’s fine, yeah.”