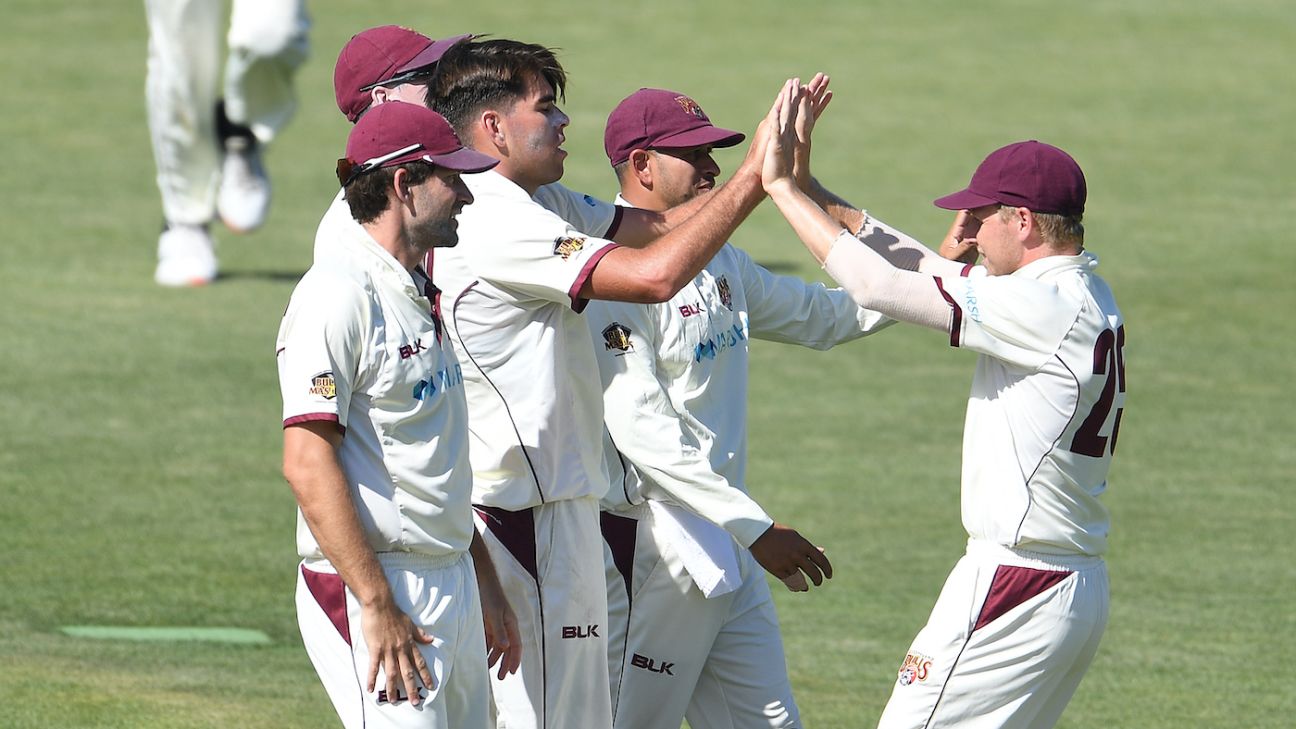 A four-wicket haul to Xavier Bartlett has given Queensland the chance to pull off a come-from-behind victory on the final day against Tasmania at Bellerive Oval.

Bartlett claimed four wickets for just the second time in his short Sheffield Shield career to help Queensland bowl Tasmania out for 252 on the third day and give the Bulls a chase of 310 for victory in the fourth innings.

The Tigers began the day with a lead of 64 and all 10 third innings wickets intact. They quickly pushed the lead past 150 thanks to a brilliant half-century from Jordan Silk. He struck 10 boundaries in his 51 from just 68 balls before Bartlett made the key breakthrough, finding his outside edge with a ball that nipped away off the seam. He struck again in his following over to remove Mac Wright in a very similar fashion.

The Tigers went from 1 for 87 to 3 for 88 and then lost wickets at regular intervals thereafter. Bartlett removed the Test captain Tim Paine who was unimpressed with the lbw decision he received. Jake Doran held the Tasmanian innings together with a stubborn 55 but became Bartlett’s fourth victim and keeper Jimmy Peirson’s fourth catch of the innings. Jarrod Freeman played with freedom smacking eight boundaries in 38 to help move the lead beyond 300 late in the day. Nathan Ellis also added 23.

The Bulls were left to negotiate 18 overs before close and did so without trouble. Bryce Street and Joe Burns faced all four of Tasmania’s seamers and progressed to 38 without loss, meaning the visitors require 272 on the final day with all 10 wickets in hand.